Heads up, skateboarders; a great skate spot may be closer than you think

Heads up, skateboarders; a great skate spot may be closer than you think

For skateboarders at the University of Minnesota seeking the smoothest sidewalks and the widest staircases, the campus and the surrounding neighborhoods are a skatepark all their own. A&E hit the pavement with student skateboarders to learn about their favorite places to skate.

Parking lots are one of Challenger’s go-to pavements when not at a skatepark. When she wants to skate on pavement, she takes her board, complete with a deck from Familia Skate Shop in St. Paul, and heads to Dinkytown.

“There’s one on campus that I do like a lot. It’s over by the sports center. I think it’s the Land O’Lakes Center for Athletics — I like skating over there,” Challenger said.

Sammy Sherian, a University of Minnesota third-year student, regularly skates around the sidewalks on East Bank Campus. “I like hitting that Washington Avenue Bridge because it is flat, and you get a beautiful view,” Sherian said.

He began skating as a child, took a few years off, and then hopped back on the board during college. His first skateboard was a SpongeBob skateboard from Walmart. His current board is from Cal Surf in Uptown.

Sherian prefers street skating over going to the city’s skateparks. “Some of these bigger parks like 3rd Lair and Familia and Overpass tend to charge which is a little bit out of my budget,” Sherian said.

Vi Emissary, a recent University of Minnesota grad, prefers performing tricks over street skating. When they do go street skating, it’s mainly around East Bank Campus because of the smooth pavement and many short staircases to do tricks on. According to Emissary, East Bank comes together to form a makeshift skatepark of its own. “There’s one of everything if you look for it,” they said.

Emissary started skating this summer and within the last few months has picked up multiple different tricks, just by getting out and skating a few times a week. They often skate at Front Skatepark in Saint Paul because of its small size and relatively high number of ramps for learning new tricks.

They recently moved to Uptown but lived in Como last year. Emissary said the basketball courts at a local elementary school, with large sections of flat pavement adorned with makeshift ramps, provided the perfect spot to practice.

“In Como we would skate at Tuttle Elementary like five times a week,” they said. “There are three or four ledges. A short one, a tall one and there’s an extra tall one and they’re super great to learn grinds on.”

Whether you’re looking to do some street skating or pop a few tricks, the University community can be your personal skatepark if you know where to look. 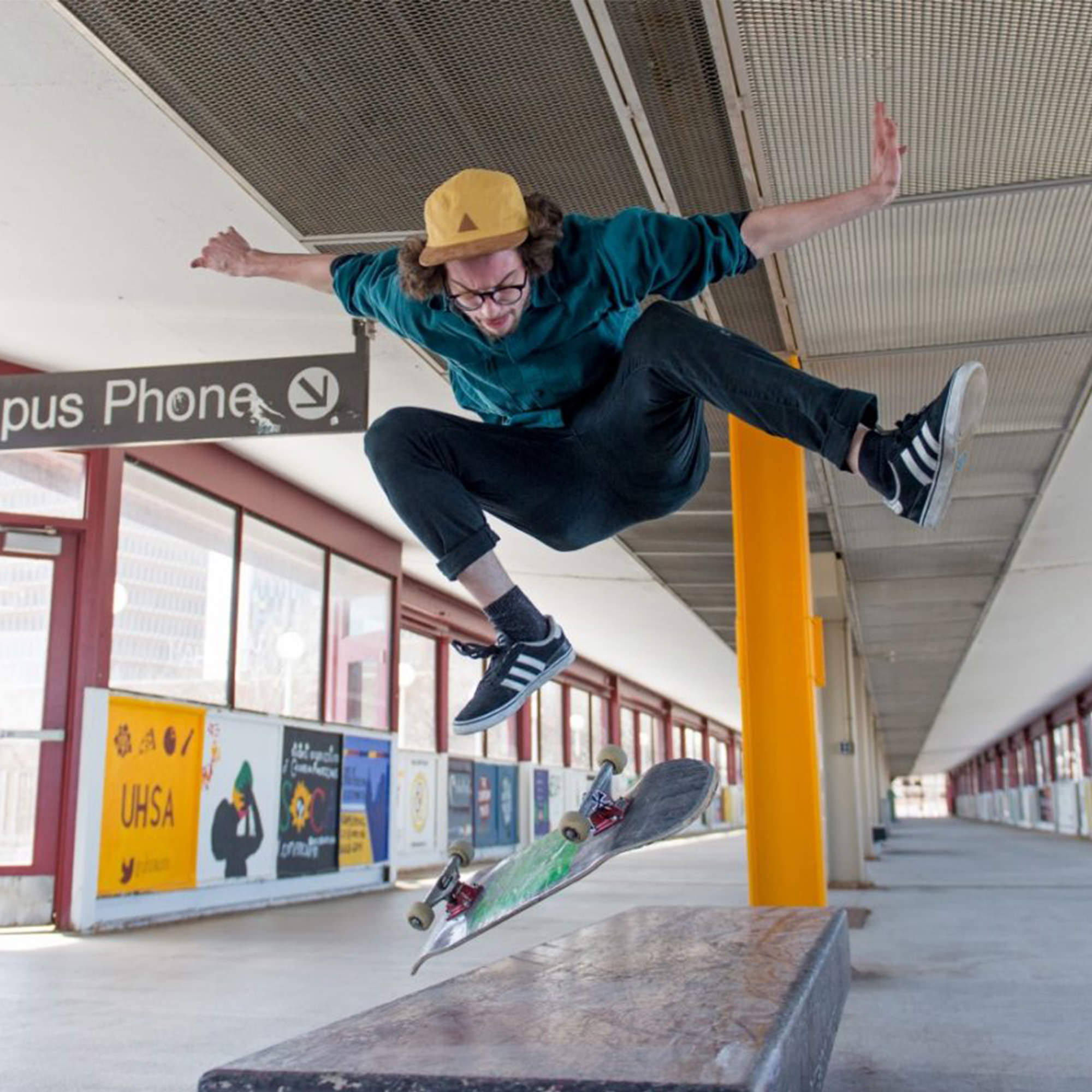