Guinness Record Alert: Blind Skateboarder Makes it to the Record Books with the Longest 50-50 Grind

Guinness Record Alert: Blind Skateboarder Makes it to the Record Books with the Longest 50-50 Grind

Showcasing that nothing is impossible for the visually-impaired, Guinness World Records has recognised blind skateboarder Daniel Mancina for the longest 50-50 grind on a skateboard (IS2), sliding a remarkable 6.85 m (22 ft 5 in).

Mancina, who suffers from retinitis pigmentosa, a rare, genetic eye disease since the age of 13, is now completely blind.

He started snowboarding as a young boy during the winter seasons, according to Guinness World Records.

Never having tried his hand at the sport before and not knowing what it truly meant to be a skater, he would simply roll the skateboard around, the site noted.

It wasn’t until he moved to a different neighbourhood during his middle school years and met with a group of skaters that Mancina began to truly appreciate skating. “I met a group or friends who skated and who are all still my friends to this day,” said the 35-year-old.

After taking time to deal with his deteriorating eyesight, Mancina decided to again try out skateboarding with a small bench in an attempt to film himself performing a front board.

Interestingly, he started creating a new skateboarding process, which involved walking through the areas he would be skating and using his cane to feel everything. “I rely on my white cane the most, using it to scan my environment and to find obstacles while skating,” said Mancina.

“I’m also working towards having skateboarding in the Paralympics. The goal is 2028,” he added. 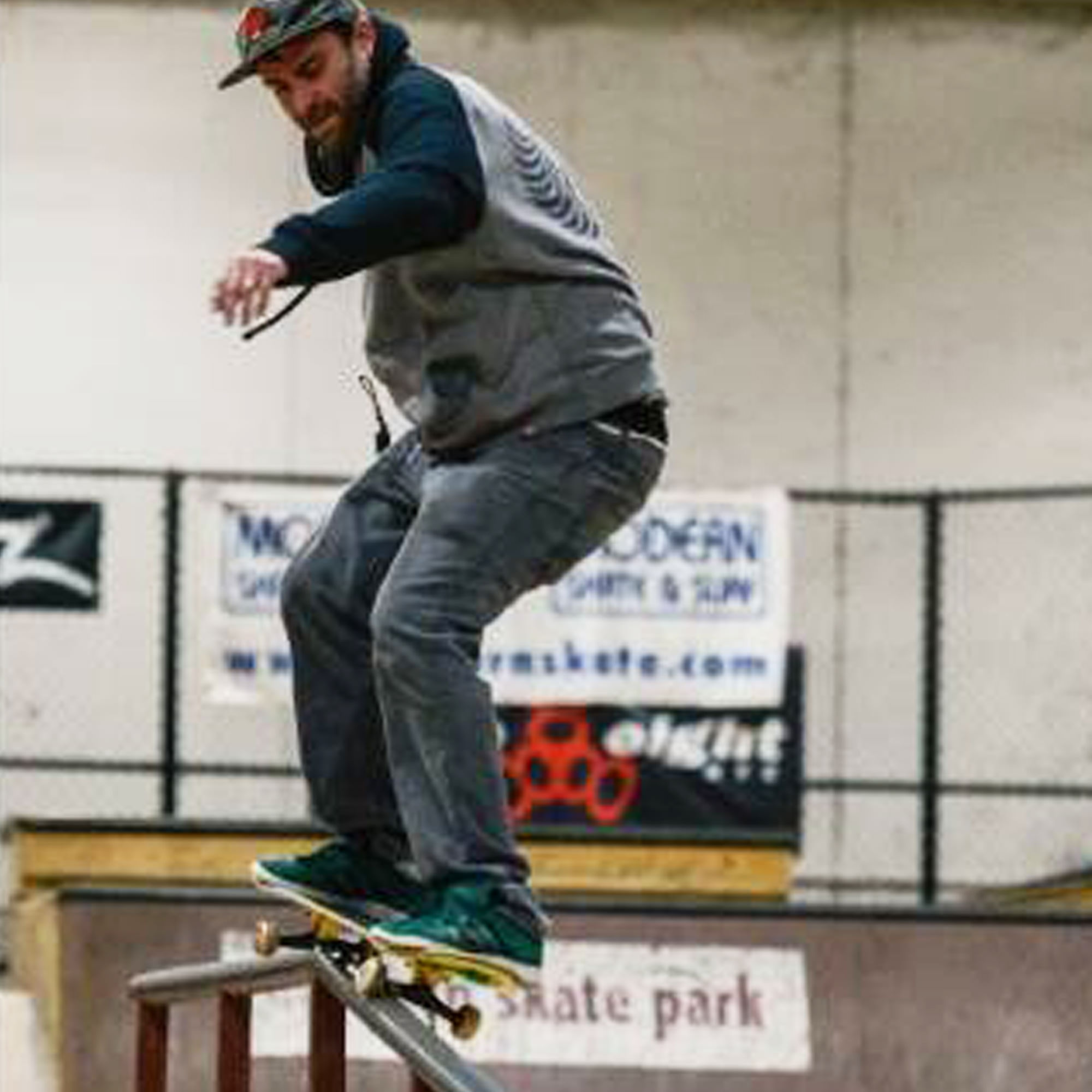