ROCK POINT, Ariz. (KRQE) Ś An Arizona woman, born and raised in Navajo Nation, has become a viral sensation, showcasing her skateboarding skills on the reservation. Naiomi Glass hopes, with her growing platform, that a new skate park can be built and will inspire others to pursue their passions.

The 24-year-old, from Rock Point, Arizona, has gained tens of thousands of followers over the year on Instagram and TikTok who canÆt get enough of her skateboarding.

ōI would see these sandstones and I was like æI wonder if I could skate that,Æö Glasses said. ōSo then one day I was just like æyou know what, let me just try it, if it doesnÆt work, it doesnÆt work.Æö

She learned how to skate when she was 5 years old from her older brother and hasnÆt gotten off the board since.

ōIÆm not a professional at all, by any means, I just like to ride around,ö Glasses said. ōItÆs very freeing for me.ö

Glasses says skateboarding is very popular within the Navajo nation, despite the lack of pavement and only five skate parks throughout the area. Because of this, she said she is teaming up with a Navajo-inspired clothing company that plans to build a new skate park in ōTwo Grey Hills,ö which is just two hours away from GlassesÆ community.

ōI love skateboarding so much and I would just love to bring that joy and love of it to other communities,ö said Glasses.

Glasses hopes, with her newly-discovered platform, that she can properly represent and share the Indigenous culture with the world and show young Navajo children that they can do anything while living on the reservation.

The skate park project is expected to start construction this fall. 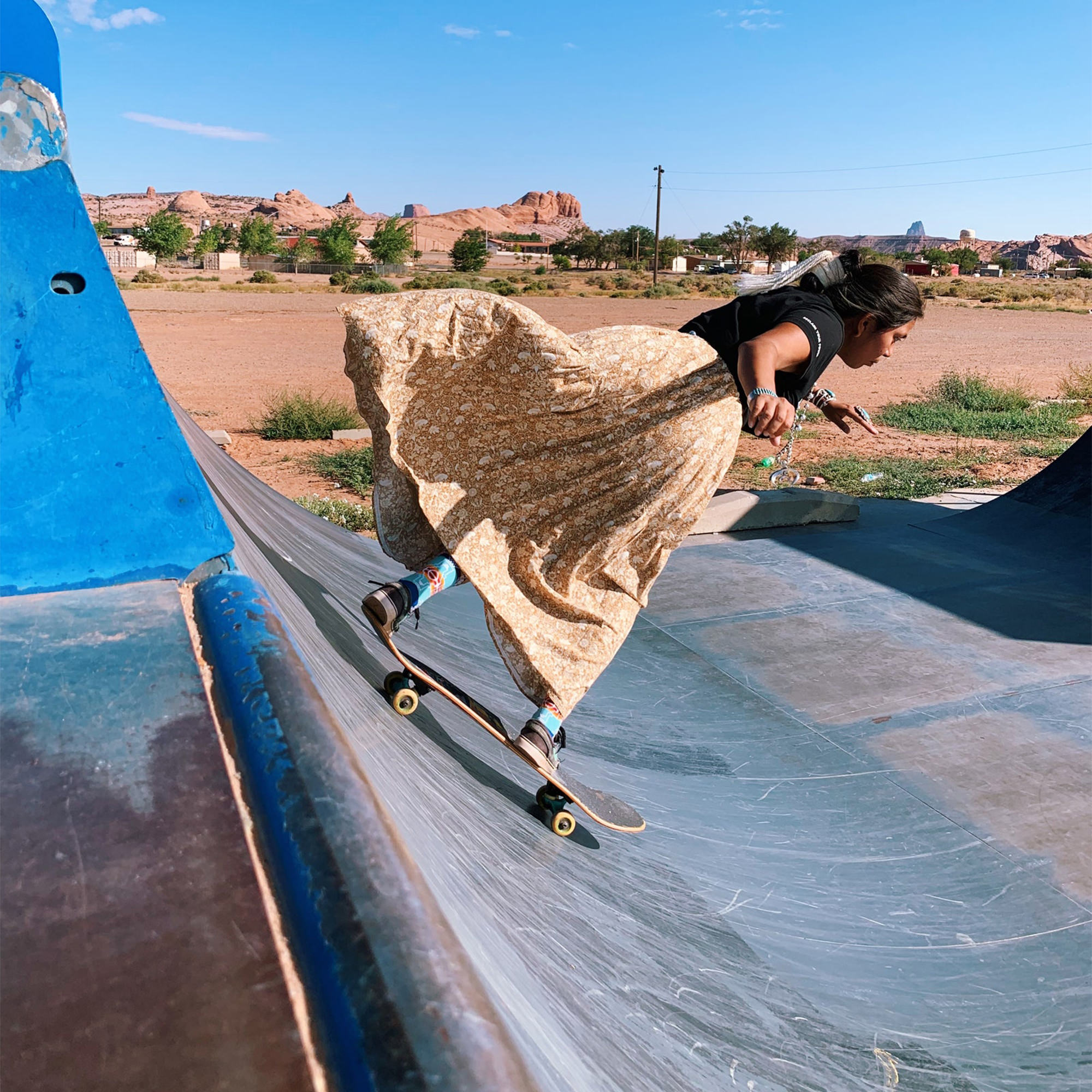