The debut of skateboarding at the Summer Olympics made a splash from Tokyo, Japan. But here in New Jersey, lifelong skateboarder Jake McNichol, has mixed feelings about it.

McNichols, the founder of Freedom Skate Park, an all-volunteer non-profit that works with urban youth and young adults, told NJ Advance Media the skateboarding he loves isn’t about winning or losing.

“Basically it boils down to, I think the way skateboarding is portrayed in the Olympics is not accurate to the way most people experience it, primarily because skating is not fundamentally competitive. It is more about outdoing yourself and encouraging other skaters to achieve their goals.”

“The Olympics will introduce a lot more people to skating and create a lot of opportunities for people who might not have otherwise gotten into skateboarding, so I think in that way, it’s a good thing.”

Freedom Skate Park, or just plain Freedom, as the local skate community calls it, isn’t concerned with shaving fractions of a second off one’s time or being judged a “10” in tense competition.

Instead, the group does things like working with schools, the Boys & Girls Club, Homefront Family Preservation Center, staging exhibition events and showing up at City of Trenton Block Parties to offer kids, through a skateboard, an introduction to the challenges and rewards of overcoming obstacles to achieve goals.

“And that is a life skill that applies to every other part of a person’s life,” added McNichol. “That will help them in school and a job, with every single part of their life.

“Skateboarding is not about beating somebody else. It’s about outdoing yourself and deciding, ‘I want to do this new thing,’ and then overcoming fear, frustration and challenges to get there and do that.”

An added benefit is the self-discovery and self-improvement happens with the full support of others within the skating community, he said.

At the group’s events, like last June’s live streamed demonstration from the Old Roebling Wire Works building as part of Trenton’s Art All Night, it’s easy to see the signs of encouragement and camaraderie on open display among participants honing their skills, swarming around like bees, taking turns grinding — riding the bottom of their skateboard down a handrail on a section of concrete stairs.

When skaters miss and wipe out, they get up, go around and try again.

Many skaters hope the Olympic seal of approval of skateboarding as a sport will raise awareness enough to generate more funding for skate parks. One of Freedom’s missions is to help get a permanent skate park in Trenton. Other urban cities, including Newark, Camden and Jersey City, along with countless suburbs have, at least, outdoor skate parks.

“This is a real problem in New Jersey,” said McNichol. “There are no indoor skateparks in the whole state.” There is a plan in the works to build one at the Amtico Park site in Trenton, which had once had been a livestock facility for the Taylor Pork Roll factory in 1890. About half of the park would be a concrete state-of-the-art skatepark — if funding can be arranged.

Meanwhile, partnering with the City of Trenton Department of Parks, Recreation, and Natural Resources, Freedom has hosted a Winter Skateboarding Program inside at the historic Roebling Wire Works. The program creates the only skate park in Trenton and the only indoor skate park in the state of New Jersey, even if only temporarily.

Trenton Mayor Reed Gusciora was at the winter program’s opening in 2019 and he even took to a skateboard himself.

“Freedom Skate Park improves outcomes for young Trentonians,” he said at that event. “They help to provide the one-of-a-kind community that helps Trenton stand out. We are thrilled to partner with Freedom and look forward to watching this program grow over the years to come.”

It remains to be seen if anyone from this year’s Olympics in Tokyo will produce the kind of worldwide boost in popularity for skateboarding that Shaun White of the United States did for snowboarding at the Winter Games in Nagano, Japan, in 1998 when he captured the world’s attention, becoming the sport’s only triple gold medalist.

But even before this year’s Olympics, McNichols said he has watched local interest in skateboarding grow through the years, helped undoubtedly in large part by his organization’s efforts.

“Our first year, we had 60 to 70 people at events,” he said. “Last winter and the winter before, where we didn’t have to worry about COVID capacity issues we had, I think 240 people show up and we had an average of over a hundred people every week coming to the Wire Works to skate.”

Freedom has also given away 150 skateboards over the last three years.

Speaking from his own experience, McNichol calls skateboarding, " A great way to meet new and diverse people… and form strong and lasting relationships.

“I have lots of people I never would have met any other way, but learned a lot from people of different races, ages, genders, backgrounds, all of it.

“As you can see from any of these events, it’s something these kids really want to do and they’re really excited about it.” 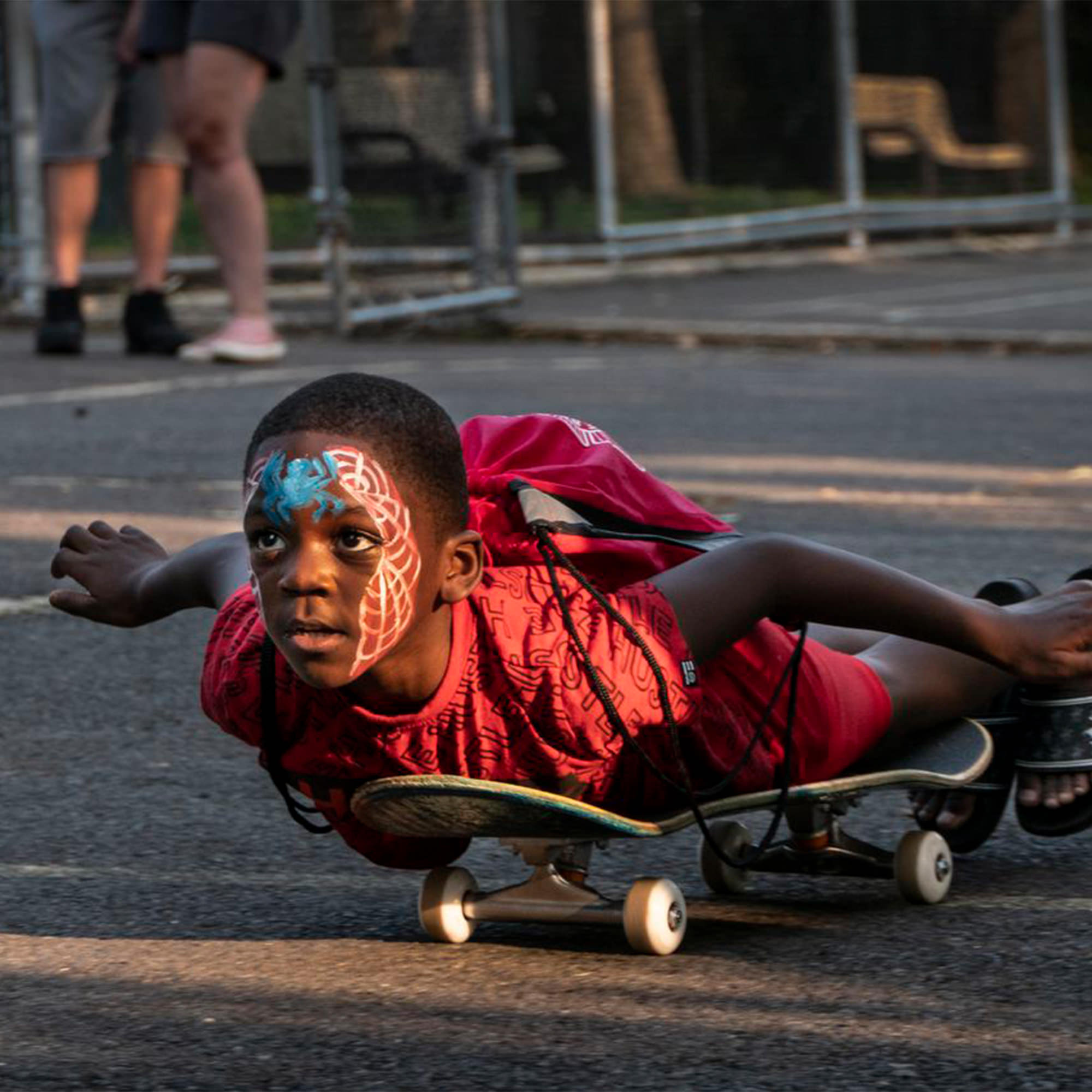