Fit in my 40s: I thought I could use YouTube to learn skateboarding. I was wrong

Fit in my 40s: I thought I could use YouTube to learn skateboarding. I was wrong

Some sports have a high barrier to entry – perhaps you need a horse, a boat or a resting heart rate of 50 – and this generally means that the first time you try, you’ll be in the company of an expert.

Skateboarding is not like that. If you’re in your 40s and complaining about your steady creep toward decrepitude, the chances are you have a child who has a skateboard. But I was being complacent when I thought I could just YouTube it and hope for the best. I could have done with a mini-expert (the world’s skateboarding champions are incredibly young and it’s not unusual to hear a 12-year-old talking about having reached their career high). I could have done with some elbow and knee pads. I could have done without taking my child with me, who was even mortified by the sound of the wheels turning. But I didn’t really want to go out on my own.

You can get a lot of fitness benefit from skateboarding without looking cool at all: the entire first phase is just finding your mojo on the board, which is to say, not falling off it. The nursery slopes are exactly as you would expect – one foot on the board, one foot on the ground, pushing you along. You have to choose which foot you’re going to use as your forward. It’s not as simple as being left-footed if you’re left-handed. According to professional skateboarder Aaron Kyro, you have to visualise yourself on ice or going down a muddy slope: what would you lead with? My first response if I saw ice or mud would be to go around it. Before I’d even started, I was trying to persuade my son to go first, and, bear in mind, this was in public. Weeks later, I don’t think our relationship has recovered: he’s still embarrassed and hasn’t thought through the implications of me putting my own safety before his.

As soon as you’ve got one foot on the board and pushed off with the other, the aim is to get both feet on the board. If you think you can acclimatise by endlessly pushing off, you’ll just get faster and faster without any of the skills you need to slow down or change direction. You’re also not going to learn how to kickflip immediately – who knows, maybe not ever. The dream is to simply ride the skateboard. So you need to push off and not freak out that it is in motion. This is the fitness part. The only stabilising element with a moving board and two incompetent feet is your core: you need to brace yourself enough that you’re solid, but not so much that you’re really tense.

To get both feet on the board, transition your lead foot that was pointing forwards for push-off to face sideways, then bring the other foot up to join it, also sideways. For all the moaning, I’ve managed to make this sound quite easy. It really isn’t. Get ready for weeks of practice and quite toned abs.

There are a number of ways to stop, of which the foot brake is the easiest, and the board pop is the hardest. 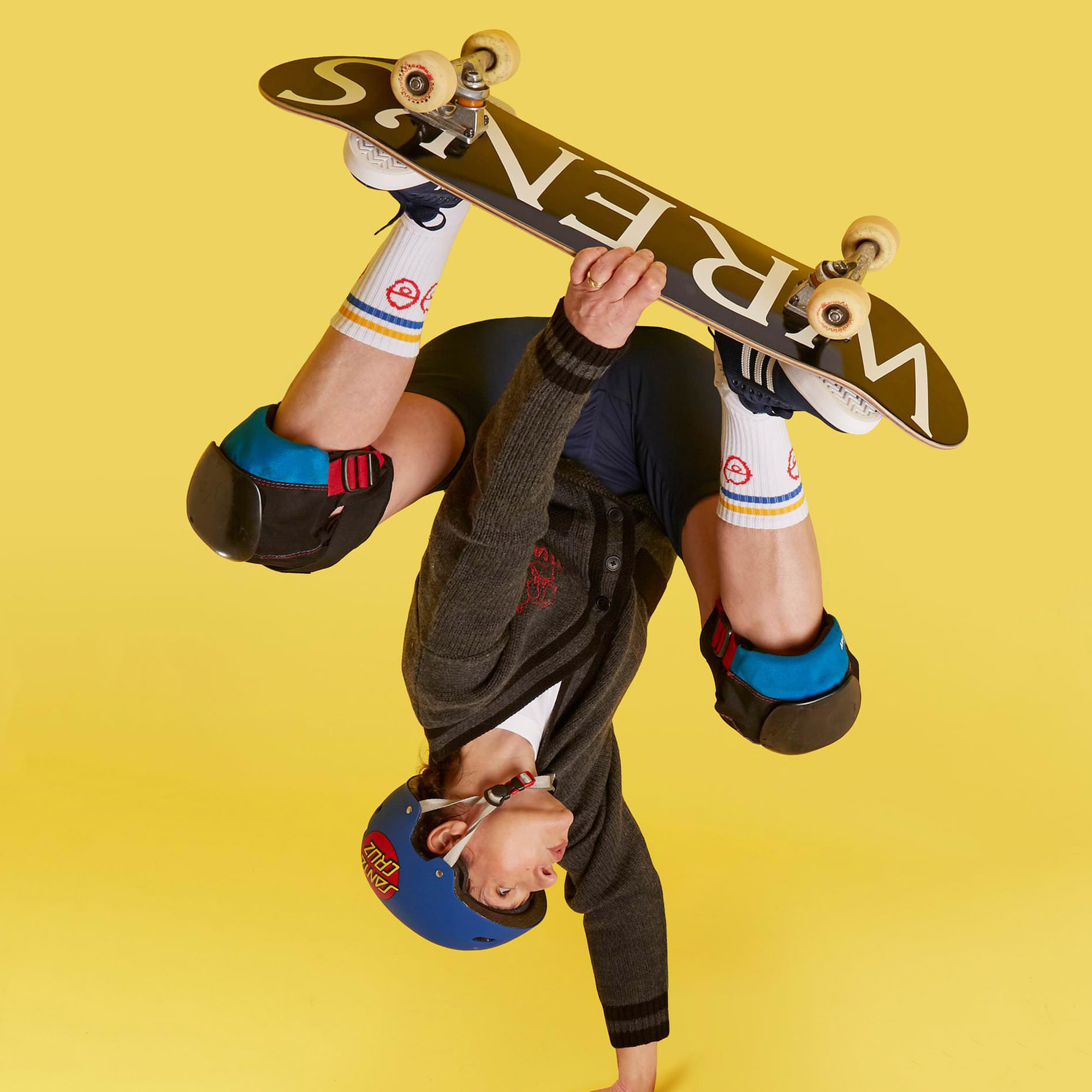