Finding The Best Skate Shoe to Step in Dog Shit With

Finding The Best Skate Shoe to Step in Dog Shit With

In the name of science we decided to test which shoes are the easiest to clean when you inevitably take a step into manĺs best friendĺs bum baby. To give everyone a good gauge on what to expect, we sought out some very large and very fresh dumps provided by two pit bulls, Lola and Pete.

If youĺre tired of bringing home a soggy surprise on the bottom of your feet after a long day of skating, read on for some shoe suggestions that will make your life easier.

SHIT FEEL: Upon first glance, you would think this shoe has a strong feel for the earth underneath it. Well, youĺre wrong. I stepped in this big mud pie and felt almost nothing. If this wasnĺt all happening in a controlled environment, I might not have even known I stepped in shit until the smell hit me.

TREAD DEPTH: I donĺt know how Nyjah flicks his board in shoes with a grip as fierce as these. When I stepped in the fresh mound, the poop was immediately stuck in the deepest part of the treads, as if there was some kind of secret shit magnet technology lurking in Nikeĺs newest shoe.

APPEARANCE: Since the shoe tapers in and gets narrower toward the arch, the poop has no problem running up onto the shoeĺs side panels, nearly penetrating the swoosh.

RATING: 4 If these shoes werenĺt white and narrow they would be getting a perfect five-shit rating just based on the ease of the cleanup. Well done, Nyjah, you made a great shoe for dog shit.

SHIT FEEL: Iĺll put it this way, you could step on a nail in these and probably not feel it, so a pile of dog dung sitting in the hot sun was no match for the Lynx. This is the type of shoe where you only know you stepped in shit when you get home and wonder why your place smells like three-week-old leftovers.

TREAD DEPTH: The treads arenĺt really the problem here, the logo on the bottom is. I didnĺt even mush the poop around and the chunks got stuck right to the bottom and right in the crevasses surrounding the DC logo.

APPEARANCE: Luckily, if you were to step in a pile, the heel and the clearance on these moon boots are too big to even notice anything. It would take a cow-sized dump to do any serious damage to the upper.

CLEANUP: These were surprisingly easy to clean off. You definitely need a hose, but no additional stick or toothbrush needed to rid these babies of the dookie.

RATING: 3 I really appreciated that if you do step in shit, the walls wonĺt get smeared and theyĺre easy to clean off. However, the way the blue of the sole looks with the green of the shit really turned me off from this shoe.

SHIT FEEL: In these wafer thin shoes you can basically feel what the dog ate to make this shit. Not only was the texture very present, but you could also feel the heat coming through the bottom.

TREAD DEPTH: Waffle soles, and most shoe soles, are not meant for having shit stick to them, but boy are these treads deep.

APPEARANCE: If youĺre on your way to work, or somewhere where you have to be presentable, these are not the shoes you want to step in shit with. The vulcanized sole definitely gets hit, and if the pile is big enough, the suede is playing with fire.

CLEANUP: Itĺs like cleaning up a murder scene. Youĺd think a hose will do the trick, but once the shit gets pressured into the diamond-shaped waffles in the sole, you need a stick and maybe even a leaf to even have a shot at salvaging these shoes.

RATING: 1 The slip-ons are great for almost everything besides stepping in shit with. I would not recommend these if you live by a dog park, or really anywhere with dogs nearby.

SHIT FEEL: Thereĺs something to say about the durability of the Adidas soles because I thought for sure I would feel every inch of the poop. But I guess Iĺm no expert on canine scat or skate shoe technology because I didnĺt feel a thing.

TREAD DEPTH: The ridges on the bottom of the soles are a unique and effective defense against getting dog shit caught on your shoe. I had to pretend like I was putting out a cig to make sure this mound stuck to the bottom.

APPEARANCE: Grey snakeskin is pretty hard to match with anything, but I wasnĺt expecting how horrific these shoes would look with hints greenish-brown. There was poop running up the side of the shoe, and some even got on the tip of the shoelace.

CLEANUP: These were the messiest so the clean up was a bit of a bitch, but with high water pressure, you shouldnĺt need to use any tools to get the snakeskin beauties back to looking new. You can probably even get a hypebeast to pay full retail price for them after a good clean up.

RATING: 3 The shoelace thing really grossed me out, and the snakeskin does not look appealing with turd stains. However, the ridges on the bottom make the treads impenetrable.

SHIT FEEL: Have you ever gone to the beach and stepped on the hot sand barefoot? Thatĺs what this felt like.

TREAD DEPTH: The real issue is how the shit gets shoved into the long skinny treads and makes for a god awful cleanup.

APPEARANCE: If you donĺt lift your foot up to show off the all-white soles, a person with no sense of smell might not have any idea you have shit smeared all over your shoes.

CLEANUP: Youĺre going to need a lot more than a hose. A stick the size of the grooves wonĺt be strong enough to do any digging here, so I think you might need to sacrifice a pen to get the job done. Be ready to gag when you scoop out a coke-sized line of dog shit.

RATING: 2 You might think that these shoes deserve a higher rating because poop doesnĺt stick to bottom in a clump but imagine sitting on a bench with a shoe in one hand and plastic knife covered in dog shit in the other. Youĺre looking at a half-hour endeavor before you could even put the shoe back on. 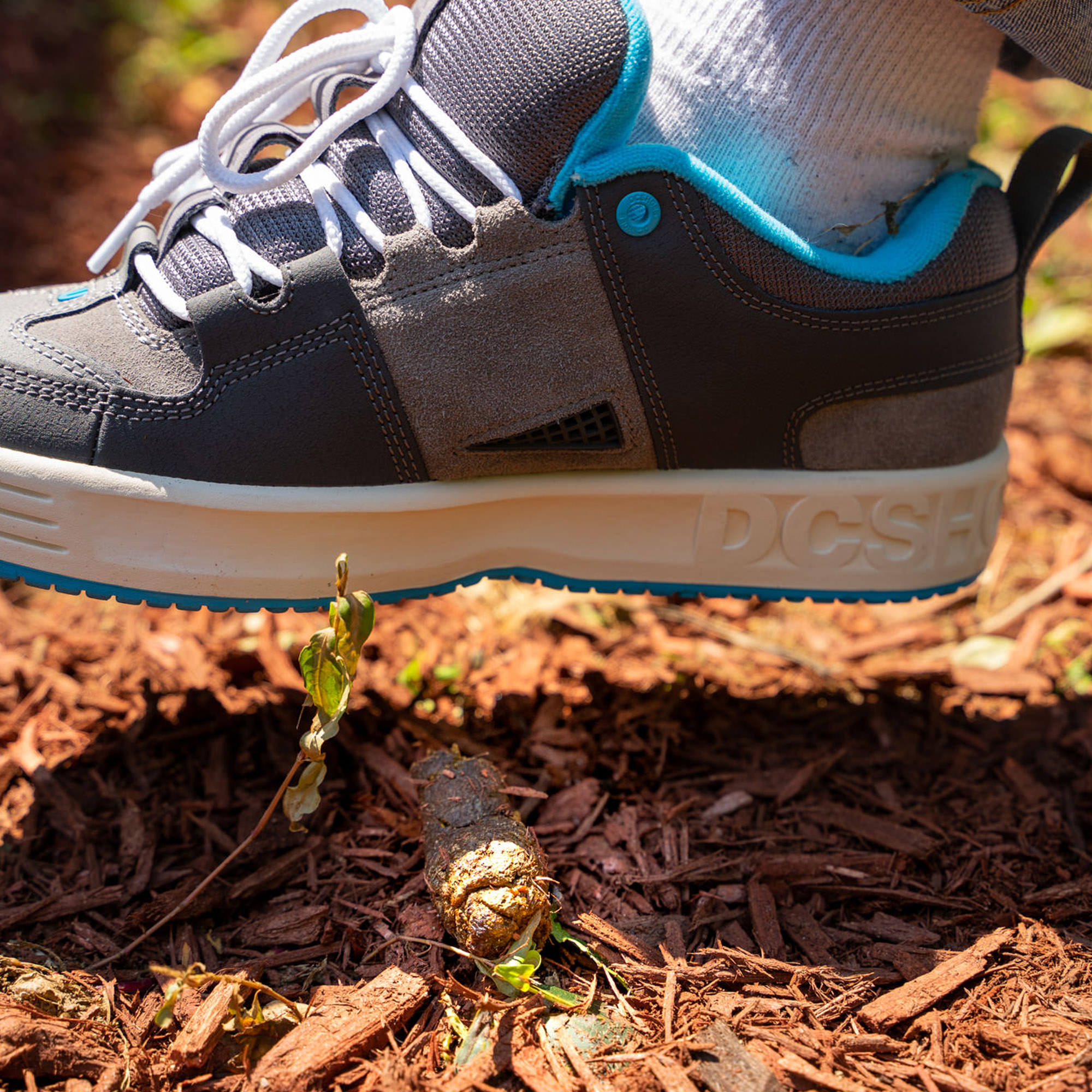