Early Risers Turn to Skateboarding as a Pandemic Pastime

Early Risers Turn to Skateboarding as a Pandemic Pastime

Shortly after sunrise, on most mornings during this peculiar pandemic-stricken summer, strollers, joggers and dog walkers in Baltimore’s Roosevelt Park go about their routines to the odd rhythm of maple, polyurethane, and aluminum repeatedly cracking against concrete.

The awkward beat is augmented by a unique fusion of frustrated grunts and exasperated exhales followed by the occasional profane exclamation spicing up the cadence. That odd mix of sounds may seem exotic, but anyone who has spent time on city streets, suburban cul de sacs, or in public parks, should recognize the cacophony as the sound of skateboarding.

In the early morning hours, however, it’s not the stereotypical teenaged, mayo boy, Mountain Dew enthusiasts, who create the clamor.

It’s a gaggle of early-morning pushers consisting mostly of professional men in their 30s and 40s. Guys who, prior to COVID-19, spent early-morning hours commuting to work, coaxing reluctant children to get dressed for school, and queuing for Starbucks.

Jarret Jeffery, 35, a married father of three who teaches in Prince George’s County, is among the most dedicated of Hampden’s early-morning skaters. Since schools closed, Jeffery has used the time he would’ve spent driving to work on his board.

“That huge chunk of time that I have now, I've been throwing that into spending time with family and skateboarding,” Jeffery says.

Fittingly, Jeffery, bespectacled, about five feet, five inches tall, and wearing a pair of mid top Vans with duct tape on the left front toe, approaches skating with the methodical nature of a science and math teacher.

He occasionally heads to the skatepark with a list of tricks he’s working on, and checks them off as he practices. Doggedly, and adroitly, Jeffery works on moves repeatedly, tweaking his technique after each failed attempt until he lands the maneuver.

On a recent morning, he skated alone on an elevated ramp, diligently practicing his front-side boardslide. Over and over, Jeffrey cruised up the nearly vertical wall of the ramp, pushed his board’s front wheels over the ramp’s metal coping, and used the slick bottom of his board to slide along the ledge before rolling back down the ramp “fakie,” aka with his dominant foot on the front of the board.

“These last few weeks things have just been clicking, and I think that’s because I’ve been consistent with my practicing, and taking breaks too, because I’m an old dude,” he says with a laugh.

John Rohrer, 42, a nurse, and married father of a toddler, skated as a child and again as a teenager before picking up the sport again about six months ago.

An avid biker and Hampden resident, Rohrer says that, as a result of the pandemic, the convenience of the skatepark—especially with a baby at home—has turned skating into his current exercise of choice.

“It's a good core workout, and it’s quick and easy cause it’s right up the street from my house,” Rohrer says. “I’ve done a lot cycling my whole life, but a lot of fun bike rides, for me, take a lot longer. So this is a lot more conducive to get my activity itch scratched, and it reminds me of being a kid, I guess.”

Rohrer’s not too interested in pursuing the board flips and grinds associated with street skating. Riding a wider board with larger wheels, he focuses on cruising the skatepark’s banks and maintaining momentum over obstacles because he enjoys the speed.

“The park is a lot different from where I skated in high school so it’s a big learning process,” he says, “and way more balanced than I remember. It’s just really fun to go fast, simply put.”

At the other end of the park, 48-year-old Ben, who asked not to use his last name, skates the park’s “bowl” in near isolation.

The discipline of skating in a bowl dates back to the sport’s early days in the 1970s, when pioneering pushers—particularly in drought-stricken southern California—cruised along the walls of empty swimming pools like surfers riding a concrete wave. Cruising in bowls, however, has taken a backseat to other styles of skating in terms of popularity, particularly street skating.

Ben, who said he first began skating between 1985 and 1991, is one of the few pushers at the park who prefers to coast in the bowl, which is set on an elevated perch above the rest of the park.

He rides a wide board, with a single kicktail, and larger wheels—a style popular in the 1980s when “vert” skating was the sport’s most popular discipline that went out of vogue about the time Ben stopped skating.

Ben, who arrives at the park via white BMW crossover, started skating the bowl in Hampden about three years ago, he says, primarily for the same reason most men his age start getting active again.

“I needed to get exercise, and I didn’t grow up with such a wonderful bowl in my backyard,” says Ben, a Massachusetts native.

If there’s been an increase in the number of guys his age skateboarding since the COVID-19 outbreak, Ben says, he wouldn’t know. He chalked that up to his type of skating, which encourages social distancing by default.

“I skate the bowl. No one [else] skates the bowl,” Ben says. “Everyone’s over on the other side.”

Back on that side of the park, John Shea, 43, is one of the more accomplished skaters among the early arrivers.

Shea is one of the few skaters his age who never dropped the hobby for a prolonged period of time, and it shows in the aggressiveness and speed of his skating.

While dynamic with his feet on the board, Shea will never be accused of being loquacious. He’s friendly, and answers questions, but it’s clear being interviewed makes him uncomfortable.

Still, Shea explains what he wants to accomplish by continuing to skate, and the reticent Catonsville resident may have summed up the goals for all the early-bird skaters: “Just roll around and try not to get hurt.” 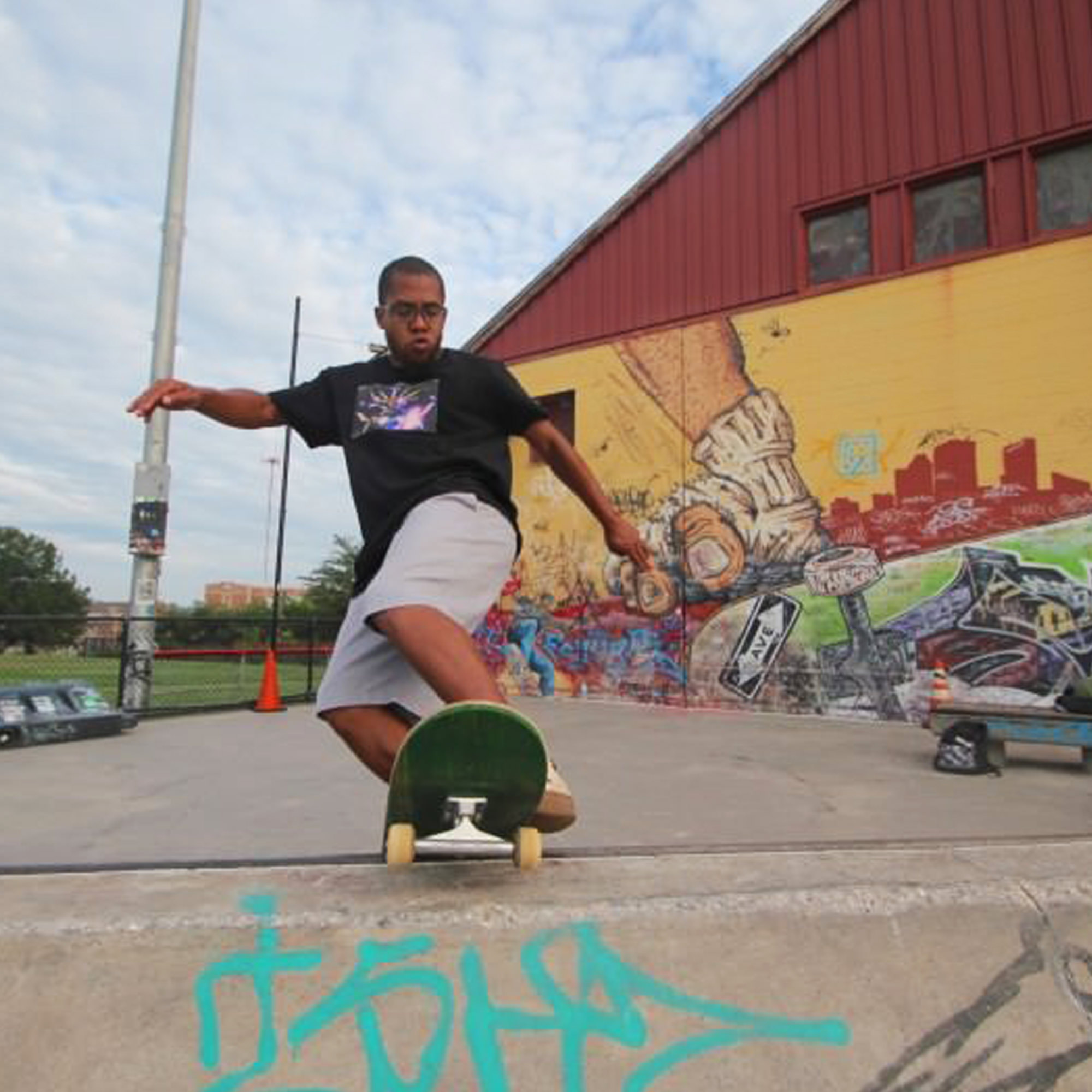