You Can't Skate in Public in Dubai, But That Doesn't Stop Skaters

You Can't Skate in Public in Dubai, But That Doesn't Stop Skaters

Dubai is a bit of an adult playground. Best known for lavish skyscrapers, shops and restaurants, the largest city in the United Arab Emirates (UAE) has so many brand new buildings it sometimes looks like a computer simulation. But for its 3.3 million residents, the city also has spaces where more alternative scenes can hang out and thrive.

One of them is Dubai’s skate scene, which moved away from the city centre to create their own skateboarding paradise in the Deira district, near a monument known as the Memorial Fountain. The fountain is surrounded by a square complete with marble pavements, impeccable sets of steps and 30-metre-long curbs. In short, it looks like something that could have been dreamed up in the skate park editor of Tony Hawk’s 2002 Pro Skater 3. There’s only one problem – skating here is forbidden, as it is in public areas all over the city.

This isn’t even an actual skate park. The city is dotted with legit ones – they look even fancier than the square at Memorial Fountain and they’re the only areas where skating is actually permitted. But “the fountain is still our favourite spot,” said Karim Sami, a 35-year-old Englishman who has lived here since 1994. Next to him, fellow skaters Suraj, Iman and Ahmed are showing off their tricks over the improvised obstacle of the day – a rubbish bin.

“To be fair, the other skate parks are good, pretty high level,” Sami said. “But we don’t go there often. A lot of things they built there are unnecessary. One has a full pipe. Who needs a full pipe?” According to Dubai native Maysam Faraj, who’s been skating around here for 25 years, the city didn’t really consult with the local scene before building these splashy sites. “Skateparks are something out of touch,” Faraj said. “They’re happening somehow, without skaters’ influence, so it is what it is.”

Instead, the skating community prefers a spot that’s out in the open – like this one – where people can come and go or sit and watch by. “We’v been skating here since 1999. Nothing has changed,” Sami continued. “It is the only large area with decent flat ground where people don’t mind you skating. The atmosphere is good, and above all, it’s not a skate park.”

As one of the veterans in the community, Sami has seen a lot of people come and go. But he says the scene has really developed over the last few years, partly thanks to the economic boom the city is experiencing. “[The community] used to be small because people would grow up skating, finish high school and then move. Few people stayed in their late 20s,” he said. “Nowadays people don’t really leave Dubai. They work here. It’s much better.”

Between 1960 and 2020, the population of Dubai grew by 80 times, from 40,000 to over 3 million. Once a small fishing and port town, Dubai exploited much of its limited oil resources between the 60s and the 90s, investing the profits in infrastructure.

Then, in the past three decades, the city implemented policies to attract foreign businesses. As a result, immigrants comprise about 90 percent of Dubai’s population, making it the most cosmopolitan city in the world. This influx of people and capital also generated a boom in local urban development, which turned the city into the modern, luxurious and skyscraper-filled place we know today.

Sami thinks that what sets the Dubai skate scene apart from other cities is precisely the multicultural makeup of its population. “Look at this bench for example,” Sami said, pointing to a spot where three skaters were sitting. “We have a Syrian, an Indian and an American. Sometimes they go back home and return with new things. It’s good. It’s something we need to keep.”

Not all these rapid changes were positive for the skating community. “Prior to the massive construction by developers, the city felt very public,” Faraj said. “People gathered on the streets and did their own thing. Then, the city started to grow and more and more neighbourhoods became privatised. Our freedom and understanding of the city changed.”

The story could have been very different. As Faraj explained, the neighbouring city of Abu Dhabi, the UAE’s capital, had a totally different response to the process of sudden growth it experienced alongside Dubai’s. “Its approach to development is 50-50. There’s a lot of privatisation, but the government is still very actively preserving public spaces. You feel free there,” Faraj said. “For me, Abu Dhabi is like the Barcelona of the Middle East, super skateboard-friendly and with a tonne of skate spots. The weird thing is, the skateboarding scene hasn’t really developed there.”

Instead, most people interested in the sport flock to Dubai. The spaces are more limited, but the police generally close an eye when it comes to skaters. “There’s no hostility like in Europe,” Faraj said, referring to the authorities. “But that depends on how you respond to them. Some of the basic shit that you take for granted abroad is more serious here. Like, swearing is a criminal offence.”

The support of the local authorities has been vital to the scene’s development. For instance, in 2014, the now-defunct skate magazine Transworld Skateboarding came to Dubai to film We are Blood, an epic skate video featuring pros skating in the city and in four other countries – the US, Brazil, China and Spain. “They got the support of the government to do their project. Full access to skate wherever they wanted, do whatever they fuck they wanted,” Faraj said. “Only in Dubai can something like that happen.”

Faraj says there is still room for the scene to grow. For one, many street brands that usually collaborate with skaters have had their Middle Eastern headquarters in the city for years, but they’ve only just started to engage with the local scene. Faraj thinks that’s a good thing. “The truth is, I have the feeling we’ve never had the opportunity to even imagine the future [of the scene] before,” Faraj said.

Although there are many skilled, up-and-coming skaters in the scene, they’re still relatively unknown internationally and underrepresented. That’s why veterans like Faraj and Sami are trying to foster a sense of cultural identity that’s unique to the Dubai skater scene, and have opened their own online skate shops for that reason. “Having a shop that represents the region is a big deal,” Faraj said. “Supplying the local scene is a huge responsibility. I try to tell everyone that we are cool, we are talented, we have skills. We have everything.”

In a big, ever-changing metropolis like Dubai, creating a sense of community is perhaps the most important thing the skate scene can offer. “Skating shelters you from all the bullshit that happens in Dubai. It brings different economic classes together,” Faraj said. “The skate scene here is giving, it has welcomed people from all around the world. It’s a reflection of the Middle Eastern identity, but also part of the Dubai mindset. You’re a skater and you’re not a shit person? OK, then you’re my brother.” 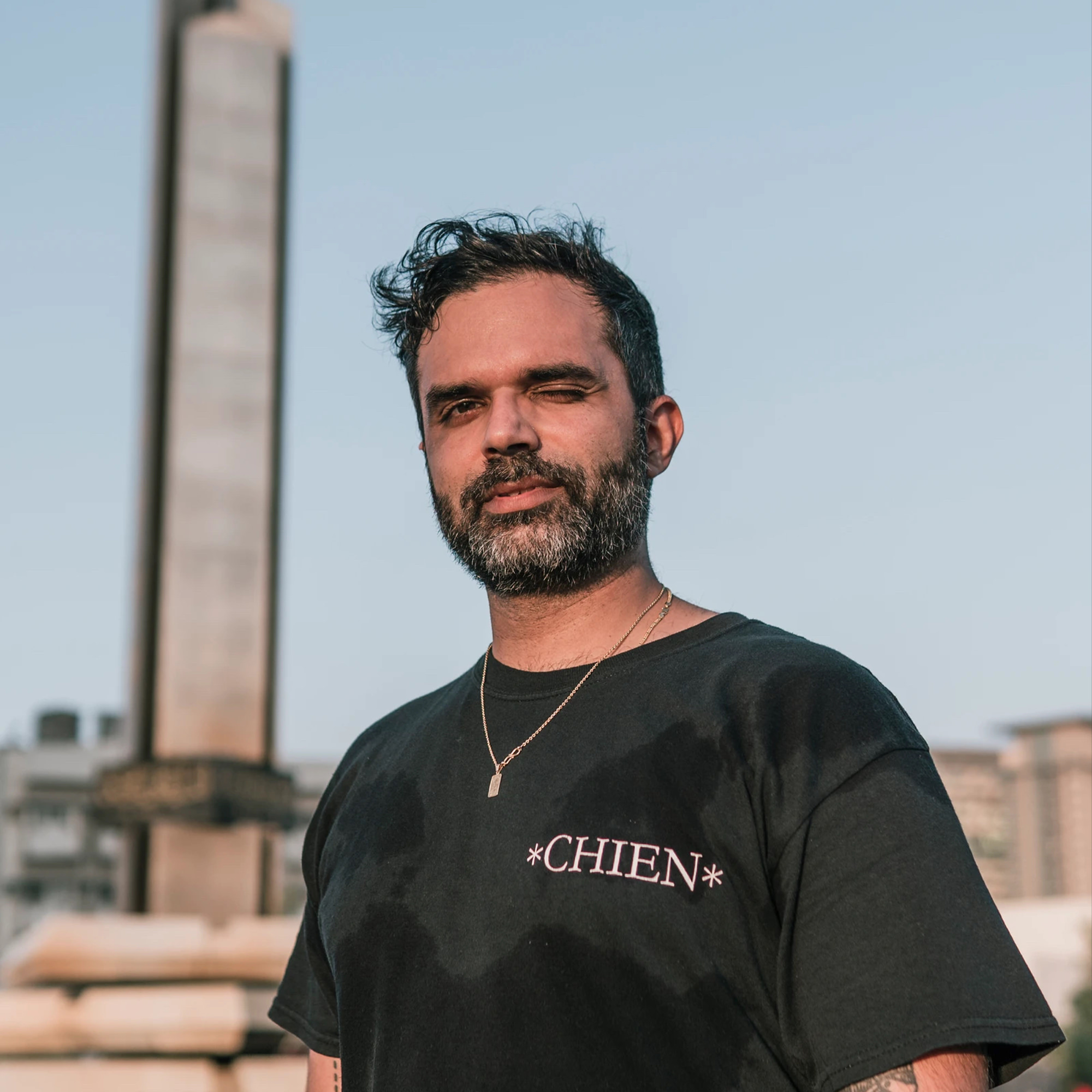