For Andy Duran, nothing compares to the feeling of smooth pavement.

Whether he’s stepping off BART or seeking out driveways and parking lots, he skates to find a special rhythm between him and his board. “It’s a thrill,” he says. “When it all aligns, it feels like a dance.” However, it hasn’t always been easy for the 36-year-old, who works as a sex educator, to find his footing.

Disproving these stereotypes is part of the reason why Duran founded Chub Rollz, a body positive, trans- and BIPOC-led skate group by and for the Bay Area’s fat and plus-size riders of “quads” and “boards.” After compiling a list of recommended products for fat skaters and hosting virtual roller skating and skateboarding classes in January 2021, the group has already received an overwhelmingly positive response. As part of their first sponsored giveaway, SFGATE met with the group at Middle Harbor Shoreline Park to talk about their fight for fat representation — and what members hope to accomplish in the New Year.

When we arrive at the park, which is just adjacent to a major shipping terminal on the edge of Oakland, it’s humming with life. Nearby, the gears of maritime industry slowly turn. Cranes lurch and groan; spectral freight ships drift along the horizon. As Duran and his partner, Jennifer Marshall, prepare skate decks for the giveaway, Chub Rollz member Dane Isaac practices kickturns on his skateboard. After a few tries, he nails it. “I did it!” he yells.

Isaac says that when Duran invited him to join Chub Rollz, he was excited to unite with other plus-size skaters. There are few fat folks in the skateboarding community, and Isaac says that he’s experienced discrimination in the world at large — especially as someone with a disability. Health care professionals treat his weight as the source of all his ailments, even though evidence shows that weight alone doesn’t determine whether someone is “healthy.”

Strangers have also mocked Isaac in public spaces. “A week after Christmas I was going for a run, and some guy was like, ‘Starting your New Year's resolution early?’ That comment is the worst,” he groans. Chub Rollz, he says, establishes a safe space for him to not feel judged, allowing him to hone in on his skateboarding skills and defy expectations. “It’s rewarding as a fat person to do things that society says you can't do,” he says, fuschia-colored hair peeking from his helmet. “I love to go on adventures. I love to prove society wrong. Screw that.”

Duran agrees that it’s important for fat folks to collectively take up space because oftentimes, members feel simultaneously isolated and scrutinized. “We were used to being the only fat person at any event, or the one at the restaurant that can't fit in the chair. It’s great to be in a space where we can take over and be ourselves, and don't have to be embarrassed when the board squeaks when we stand on it.”

Aside from strengthening community and promoting visibility, skating is a positive way for Chub Rollz members to overcome grief. For reasons unrelated to COVID-19, Duran lost nine friends in a span of nine months, and the pandemic only compounded his sense of urgency to pursue skateboarding. Marshall feels similarly. Her mother contracted COVID and passed away in April, and since then, she’s been coping by learning how to balance and glide on her favorite pair of Moxi Beach Bunnies.

To Marshall, representation is critical because it demonstrates that fat bodies can and should express joy. “No one can say what any one body can do. Everyone is so unique. We need more fat representation in skating and exercise and not representation that focuses on weight loss or mastering something — just fat people playing; that is so important.”

As we wrap up our conversation, members of all ages and abilities trickle in to pick up their gear. Duran and Isaac take turns helping the group’s newest — and youngest — member balance on her board. Despite her age, Duran describes the adventurous 20-month-old as a “ripper.” It’s impossible to disagree.

By the end of the giveaway, one thing becomes clear: Wheels know no limitations, and neither do the defiantly optimistic skaters of Chub Rollz. “We need to push each other and show the rest of the world we can do it, too,” Duran says. “When you invite us, we’ll play with you too.” 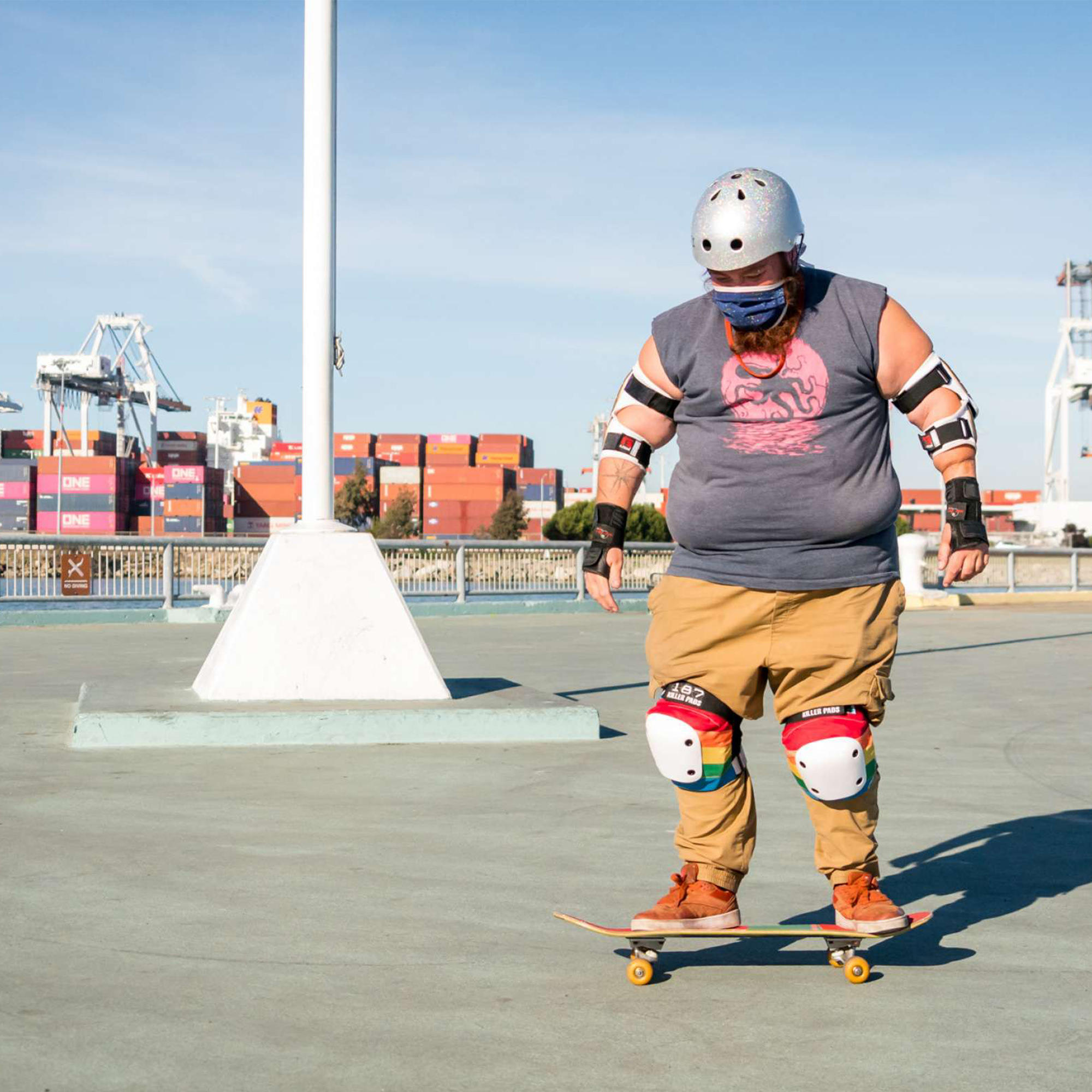