Colorado State University is a very wheel-friendly campus. From bicycles to rollerblades to skateboards — even the occasional unicycle — when you step foot on campus you are sure to be met with a countless amount of wheeled vehicles.

Since Fort Collins and CSU are well known for being bicycle-friendly, why do we not also possess a skate park on campus for those who partake in the sport to show off their talents?

CSU’s campus is quite large and with that comes a lot of travel to and from classes. In fact, according to U.S. News and World Report, 76% of students enrolled at CSU live in off-campus housing.

As a result, students have implemented skateboarding, among other modes of transportation, into their daily lives to assist in the commute.

Skateboarding is widely accepted throughout CSU, and it doesn’t hurt that a few of our students possess some mighty commendable skateboarding abilities. I mean, you’ve probably seen them skating on the Intramural Fields on that sorry-ass excuse of a concrete roller hockey rink. They’re damn good.

“I have never seen a game of hockey being played (at the rink), and I am now into my fourth year here,” said Ben Lulich, Colorado State senior and avid skateboarder. “Skaters already kind of rule this area.”

Most days, the rink is used by skateboarders working on their technical ground tricks, ollieing over trash cans and attempting to grind the crossbar of a knocked-over hockey goalpost. They remain there unbothered, taking advantage of the area they have so graciously prepared for themselves with the resources they have available.

“Since I got to CSU, it seems the rink has been used only as a skate park,” said Jacob Stier, CSU sophomore and Skateboard Club member. “Skaters even bring their own obstacles from home and leave them to allow others to indulge, which makes it feel even more so like a skate park.”

It seems clear that skateboarding is tolerated throughout the community like any other recreational activity taking place on campus because there are constantly skateboarders doing their thing, but c’mon CSU; throw them a bone.

A skate park would fit in seamlessly, taking the place of the roller hockey rink and offering a little unique edge to those passing by on their way to class or the gym.

This all goes without saying, but the sense of community and friendship that a skate park could bring to campus would be immense.

“Honestly, (a skate park) is such a great way to meet people because you automatically bond over your favorite thing in the world and share common interests,” Lulich said. “A skate park would only emphasize that more.”

Parks are often overshadowed by harsh opinions on the personalities of skaters and the illicit behaviors that could go down at a skate park, but this idea is severely outdated. Skate parks are a phenomenal way to sustain healthy communities for people young and old, novice and expert, to come together in a place that embraces their aspirations.

Everybody wants a place to feel accepted, and skaters are no different. The sport has boomed in popularity throughout the last few years, partially as a result of the pandemic, and it does not hurt that the 2020 Summer Olympics showcased skateboarding for the first time as well.

Overall, the addition of a skate park would only offer a brighter side to campus. It would keep skateboarders from damaging other campus property that they may deem skateable, such as ledges and benches, and it would bring a sense of acceptance, community and exposure to the skateboarding scene here at CSU. Plus, it would look gorgeous with the foothills complimenting the background.

No matter how you decide to look at it, a skate park is a must for campus, and the skaters want one. 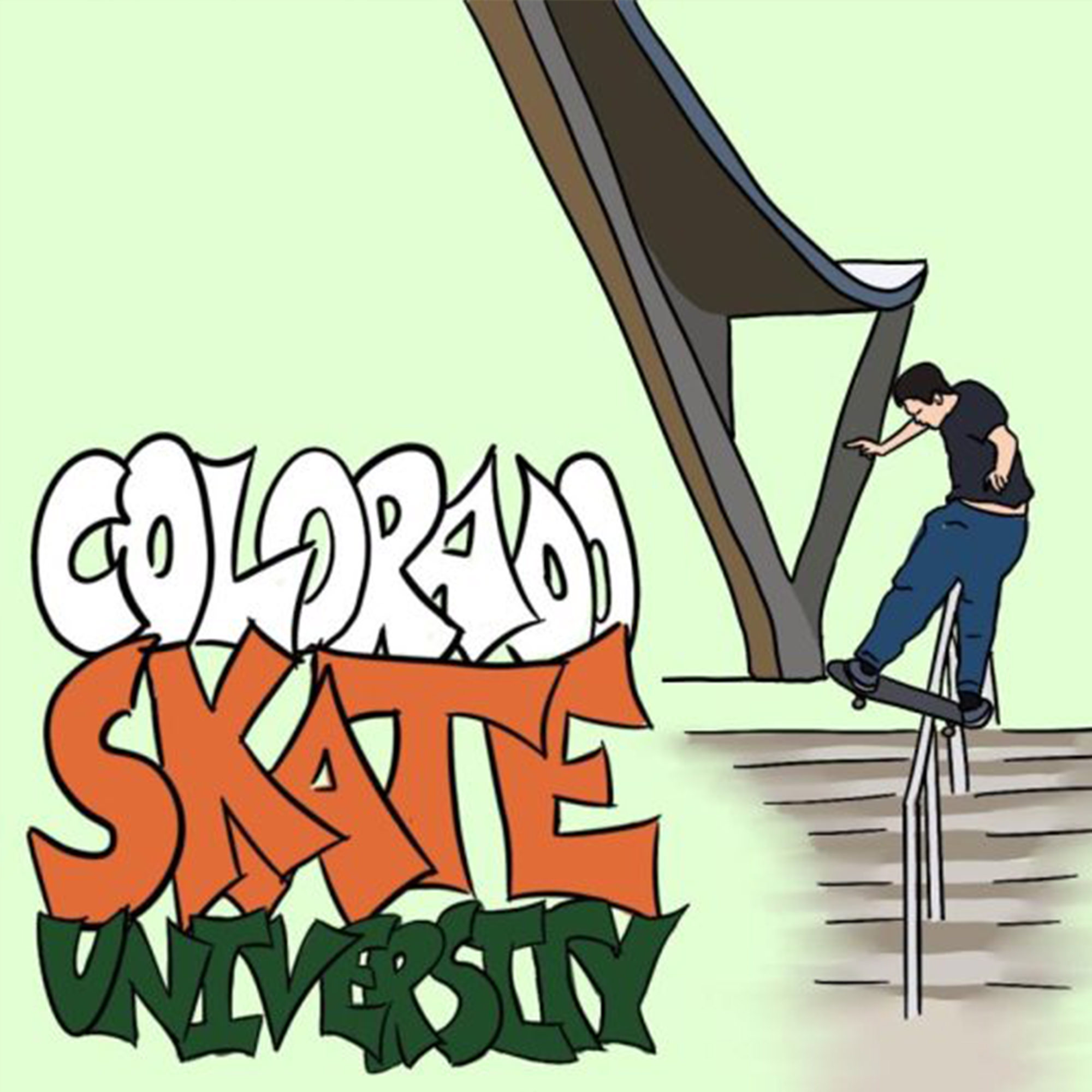