The ancient philosopher Confucius said: “We have two lives, and the second begins when we realise we only have one.”

It’s this philosophy that mum of two Jackie Hood now lives by, after beating breast cancer and deciding to live her life to the fullest – by taking on the same extreme sports and activities as her children.

From mountain biking to BMX, to snowboarding and wind-surfing, to learning guitar and becoming the lead singer in a band, the 53-year-old is taking it all in her stride, and certainly not “leaving all the fun stuff” to her teenage sons, Benjamin, 17, and Oliver, 15.

Hood, who lives in Helensburgh with her boys and husband, Charles, said experiencing cancer completely changed her outlook on life and made her realise she needed to make the most of life.

“Going through something like cancer and coming out the other side gives you the feeling of essentially having two lives, and it makes you really take a good look at the life you’ve been given,” she said.

“It really makes you see how precious life is and take stock of what’s seriously important to you.

“And what was important to me was spending as much time with my kids as I could.

“My sons both got really into skateboarding and I would take them to the park every single day. And I was looking at them thinking, hang on, why am I just sitting here drinking tea while they get to have all the fun?

“So I decided to join in and it all just kind of went from there.

“We ski and snowboard together, we mountain bike together, we windsurf together, I even took music lessons at the same time as them, and now we’re in a band together.

“I quite enjoy it when I’m doing these activities with them – especially the mountain biking – and see people doing a double take, like, ‘wait, is that their mum?’”

Instead of doing the classic parent job of dropping kids off at an activity and picking them up afterwards, Hood decided to challenge this culture and as a result saw other parents following suit.

“If I hadn’t had the cancer I maybe wouldn’t have thought this way so much, but I really don’t want to look back on my life and think I wish I had learned to do that – why didn’t I?

“Yes, I was constantly falling over and making a bit of a fool of myself when I started the skateboarding, but when you’ve been through chemotherapy and people have seen you with your hair falling out and crumbling teeth and nails, you really don’t care if they see you take a tumble.

“It’s funny because kids fall over all the time and it doesn’t matter to them – so why does this change when we become adults? Why should we be embarrassed doing the same things as our kids? Why shouldn’t we have the same fun they do?

“Also, I would notice the week later there would be a dad on a scooter who had obviously thought, ‘oh well if she can do it, so can I!’ so that’s pretty cool.”

Despite some teenagers finding their parents woefully embarrassing, Hood said her boys say they actually have more fun when she’s doing activities with them, although one of their friends dubbed her a ‘gangster granny.’

“My parents never did any of these kinds of things with me when I was young – they would just watch,” she said.

“But my kids love it and they say it’s more fun when I’m there.

“Maybe they’re mindful of the fact that I’ve gone through the cancer and have been ill as well, so they want to spend time with me too. Because it could come back, and sometimes I’ll wake up in the middle of the night and worry that’s going to happen, so that’s what drives me to just keep pushing myself to do all these fun things, because this is the time I have to do it.”

Despite sometimes worrying her cancer may return, Hood partly attributes her remission to staying active and keeping a positive mindset.

“I remember I went into the doctors for a check-up and they told me that they could always tell who was going to survive cancer and who wasn’t by looking at people who were fit and ‘fighters’ and those who had already given up. I was determined to be one of the fighters.

“Basically, I feel like if I’m this strong, and doing all these physical things, that if the cancer tries to come back, it’ll take a look at me and think oh actually, no, we won’t be able to beat her.

“I know that’s not perhaps scientifically true but it does help to make me feel better.”

As well as joining in with her sons’ sporting escapades, Hood has also joined them in their musical endeavours, becoming the lead singer in their band and performing out of their garage during lockdown after winning a competition.

“Music is just so good too, from a mental health point,” she said.

“There’s no room to think about anything else – for example my cancer coming back – it’s like a meditation almost.

“I’d always wanted to sing in a band, so I thought, well, this might be my only chance, so we started rehearsing last year and we’re actually pretty good!

“We won a competition to have a Foo Fighters tribute band come and play in the garage, and so I said okay that’s great, but can we be the support act? And they said yes.

“It was so much fun performing in front of an audience who actually seemed to be enjoying what we were doing and I just remember thinking – wow, I’ll remember this forever.”

Increasing evidence shows an active and positive lifestyle can help in reducing the risk of many types of cancer, and, according to experts, it can even shrink tumours.

Research published this week by the British Journal of Sports Medicine suggested that a moderate exercise programme could also improve the success of chemotherapy in oesophageal cancer patients.

They found that those who had taken part in the exercise programme showed a better response to the chemotherapy, with their tumours shrinking more, and being more likely to be ‘down-graded’ – assessed as being less advanced.

The American College of Sports Medicine convened an international multidisciplinary roundtable on exercise and cancer and also found that physical activity is beneficial for the prevention of several types of cancer including breast, colon, endometrial, kidney, bladder, esophageal, and stomach.

Josefine Björkqvist, a research fellow at the University of Aberdeen and an exercise physiologist with a background in cancer rehabilitation, said the findings show that exercise should be offered as part of cancer treatment for all patients.

She said: “Being active can improve physical fitness and mental health and speed up recovery. It can also help stop the cancer from coming back.

“There is now emerging evidence to show that exercise before and during chemotherapy may even help people tolerate the treatment better and help shrink the tumour.

“One of the key things I found when working with cancer patients in NHS Grampian is how empowering exercise can be for people living with cancer. Being active is a way for people to take back control of their health and to improve their mood.”

According to specialists at Beatson Cancer Charity, physical exercise can help with cancer as it aids people’s general health levels, which in turn means their bodies are in a better position to fight back.

Gillian Hailstones, director of care services at Beatson said: “We find with many cancer patients that a positive mindset comes as a result of exercise because it allows people to focus on something other than their treatment, or perhaps the worry of cancer coming back.

“People who are active and not passive in terms of their physical activities and their attitude to cancer are often the ones who respond better to treatment because they are healthier and therefore they perhaps have better lung capacity, better overall health in order to fight the cancer or deal with chemotherapy.”

She said: “There is good evidence that being active can have a number of benefits for cancer survivors including reducing tiredness, reducing depressive symptoms, and improving quality of life.

“It’s definitely an exciting and growing area of research.”

There is a spectrum however, says Kenneth Muir, fitness director at MorphFit Gentle Movement classes with Beatson, and younger people as opposed to elderly people are in a better position to utilise exercise as a cancer treatment due to age and mobility.

“It is a lot to do with physiology and there’s certainly not a one size fits all approach,” he said.

“However, having a support network like the one we offer can really help with people’s moods when fighting cancer and for those in remission. It can help them form a more positive attitude, which in turn can help lead them to find the strength to do a bit of exercise which can then help with their overall health.” 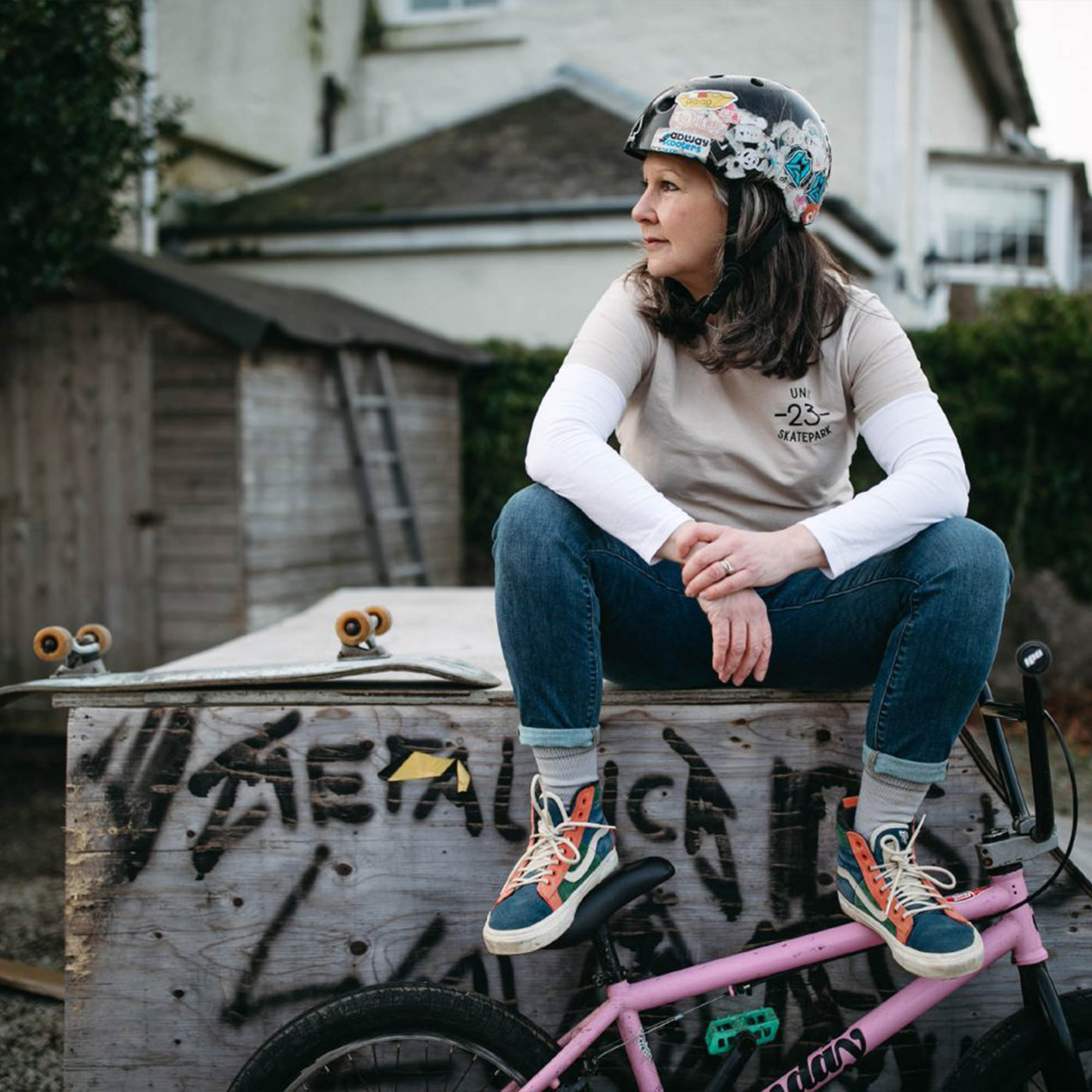