From Nailing a New Trick to Securing Deals, Torey Pudwill Does It All

From Nailing a New Trick to Securing Deals, Torey Pudwill Does It All

Itís hard to imagine what a day in the life of Torey Pudwill might look like at the moment. The 31-year-old professional skateboarder and founder of Grizzly Griptape and Thank You Skateboards not only has two companies simultaneously, one of which he operates almost single handedly, heís also in the midst of filming for an upcoming video part due to be released early this year and training for an upcoming series of competitions.

With all these things running parallel, Pudwill has a plate full of tasks on any given day that range from nailing a trick for a video part to securing a deal with retailers, to learning photoshop as he helps design the next Grizzly t-shirt. But with a work ethic forged through years of skateboarding, heís learned that it isnít so much about finding balance between business and skating, itís about making them work together hand in hand.

ìOver time what Iíve learned is that itís tough to balance the two,î Pudwill explains. ìItís hard to shift my focus from business, then to skateboarding and then from skateboarding back to business. You have to be 100% focused and it is tough at times not to get distracted by one or the other. What Iíve learned is to try and make them fall hand in hand with each other. Because really, being a pro skateboarder and owning these companies has helped my career grow. If the companies succeed, and the more Iím involved, the more it will relate back to my skateboarding.î

While Grizzly operates as a well-oiled machine, complete with a full staff and an established presence as one of the most prominent skateboarding brands in the industry, after 11 years, seeing the success of Grizzly, Pudwill shifted some of his focus to creating Thank You Skateboards, with the goal of giving back to the community thatís done so much for him over the years. This time around, however, Pudwill, alongside his brother Jesse, have been running point on every aspect of the business, seeking to learn as much as they can as they work to push the brand forward.

ìWhatís been valuable to me is being as involved in the business as I can be. Especially the business side of the brand, not just on the skateboarding, or the marketing and all the cool projects and products weíre releasing, but also understanding the logistics and all of the hard work that goes into running a skateboard company. I didnít know what I was getting myself into. I just continued to move forward, and in a way, this is like my college class. This is my education, which is being able to actually do it, and Iíve given myself that chance and itís great.î

ìItís a work ethic and Iíve developed that work ethic from skateboarding. Iíve been so dedicated and passionate because I love it so much, that thatís just who Iíve become. And now, transition that into running and operating my own business, I have this work ethic that I think is so unique. Itís different than hiring a full staff that are employed by the company who all focus on their job and know their job description. For me, I want to know how to do all of those jobs. I want to understand how hard they are, how much work goes into it, because as the company grows, I want to be able to hire people that I know are better than me at it. I know the people Iím bringing in and trust them to be able to execute my vision and make the company grow and succeed to its maximum potential.î

When asked what he feels he needs to get through life as he bounces between being an athlete and a businessman, Torey Pudwillís list of essentials was pretty unique and not at all material, with his health and wellness at the tip of the spear.

ìFirst and foremost, I need my focus and my health. Always having that clear mind, being able to just feel good every day. Another one is having the support and having people behind you, thatís where the motivation comes from. You donít feel like youíre doing it for no reason, youíre doing it for the people and thatís what I mean by having the support. When I skate, I of course do it for myself, but I do it and I work so hard because I want people to see it and be stoked. I want to motivate them and inspire them, itís the same thing with the companies, I want people to be stoked. RedÝBull is absolutely an everyday thing for me. Itís a tool, as well as something that gives me the drive to get to the next step. Especially RedÝBull Sugarfree nowadays, itís my go-to when Iím looking for a zero-sugar option.î

Pudwill found humor in the midst of being asked which he found more stressful, nailing a trick for a video part or hopping into an important business meeting to close a deal, but went on to draw parallels between the two and admitted they were one in the same for him.

ìIt definitely has the same feeling as skateboarding, working in business. Itís that end result that youíre chasing, that accomplishment, it feels so good. Thereís no better feeling than it being completed. The funny thing is, with skateboarding and developing new seasons and launches for products, once you do it once and itís done, you go right back into trying to do it again. It doesnít stop, but itís that end result that youíre always chasing. That good feeling that reminds you why youíre going through that process, and thatís what motivates you to continue moving on and keep doing it for another round, you know?î 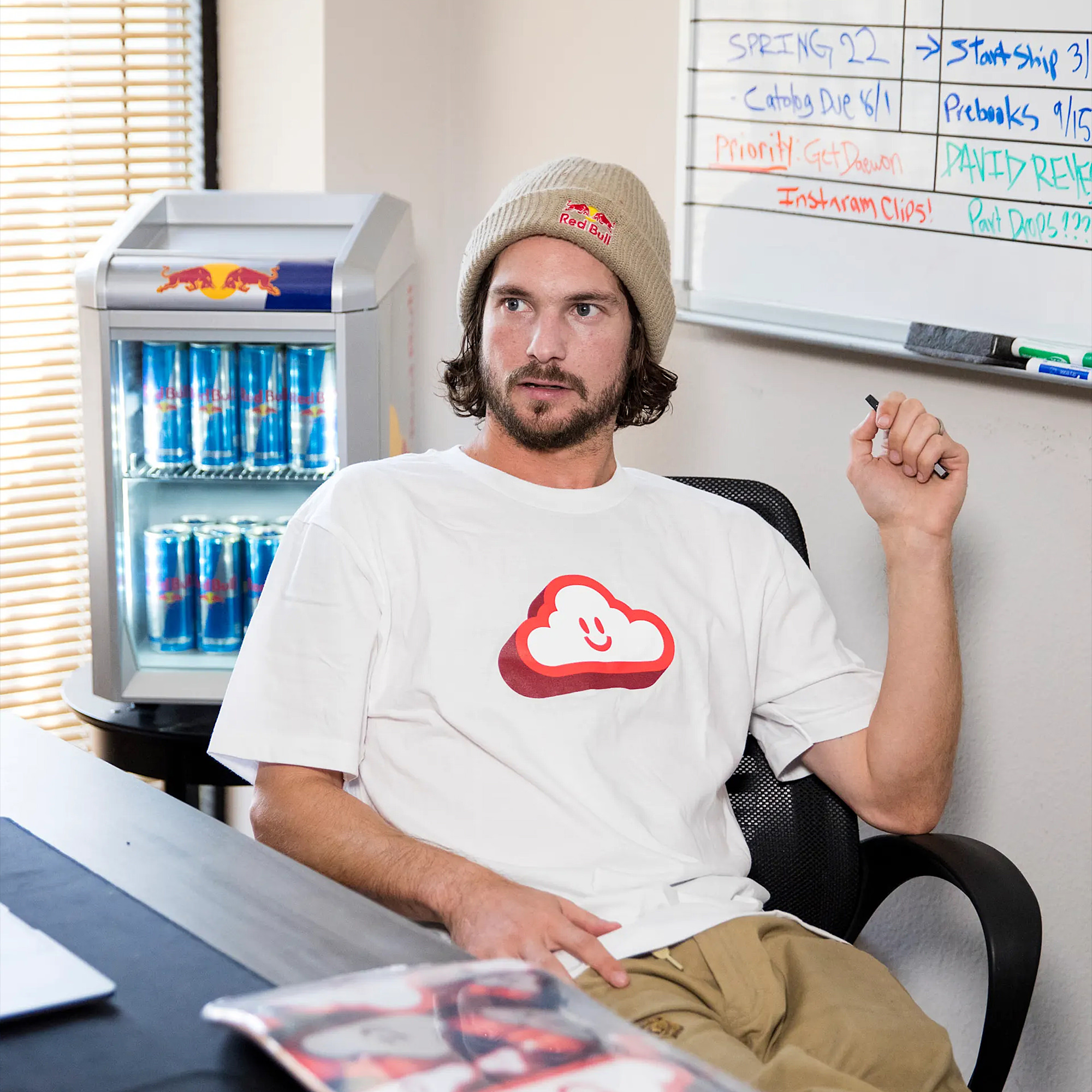