Justin Tawwater never expected his buddy, Anthony Huber, would be the guy who’d chase down a gunman.

“He’s just like a skinny skateboarder dude, not some sort of badass tough guy,” said Tawwater, 29.

“He was like a joker, like ‘Jackass’ style. Remember the show ‘Jackass?’ That’s kind of how he lived,” Tawwater said.

Moments earlier, less than a block away, 36-year old Joseph “Jojo” Rosenbaum had been shot in the head. Both men died, and a third man was injured.

Kyle Rittenhouse, a 17-year-old from Antioch, who came to Kenosha armed, as part of a vigilante effort to protect property and citizens from rioters, has been charged with murder in connection to the shootings.

Tawwater said Huber hadn’t been involved in any of the looting or rioting that took place on the streets of Kenosha earlier this week, mayhem that was sparked by the police shooting of Jacob Blake.

“I’ve never known him to be a political type of dude. But this is a historic moment for this country in the city,” Tawwater said.

“He was all about street skating. That’s literally all he would do was skateboard and make people smile. He was a figure around here. He was a part of a lot of people’s lives around here,” Tawwater said.

Huber, who lived in Kenosha and had been working to renovate and sell a home, was a great father to his girlfriend’s daughter, Tawwater said.

“He was always talking about having to be home and take care of his kid,” he said.

Tawwater said he wished Huber had knocked out the gunman by hitting him in the head with the heavy component of a skateboard that connects the wheels to the board.

“Then my friend would still be alive,” he said. “He was a great, great dude.”

The two men often skated by the lakefront marina in Kenosha, but Huber would try skating most anywhere and on most anything, Tawwater said.

“He skated by the waterfront, but you can catch him in a parking lot skating doing tricks on an old tube TV. He would skate anything; he was gnarly,” Tawwater said.

“One time we were at a skate park, and we pulled my mom‘s PT Cruiser into the skate park and him and my cousin did tricks over it on the quarter pipe,” he said.

“Another time he was trying to do a pressure flip off a quarter pipe, and he was almost ready to give up. But I told him to try again and on his last try his board popped up and split his whole face open.

“And I felt terrible because I had kind of egged him on to do it again. But it, like, pumped him up, you know what I mean? He kept going and skated the rest of the day with blood all over his face, he didn’t care. He just wanted to have fun,” Tawwater said.

Editor’s note: This article was updated to correct Justin Tawwater’s age. He is 29. 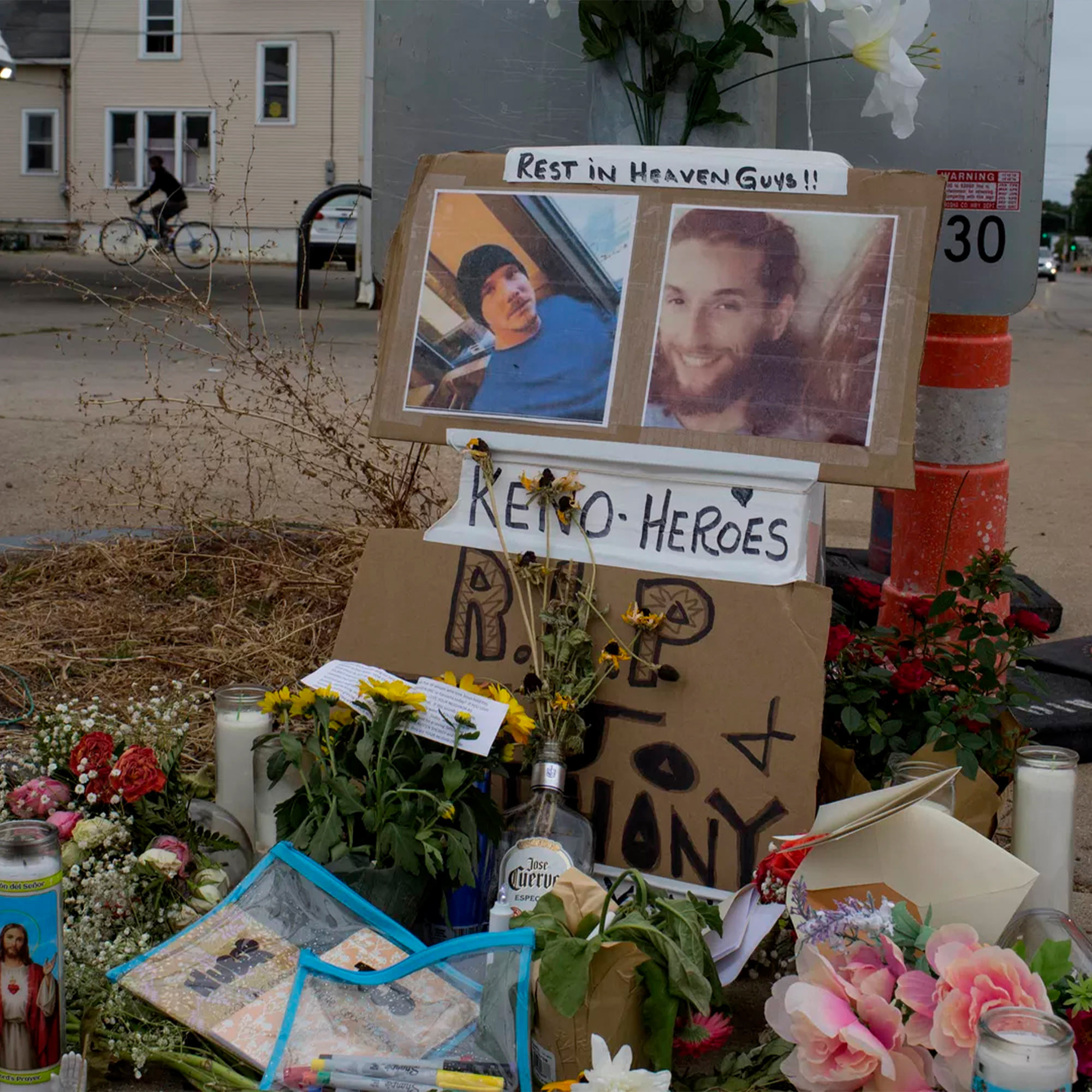