“Skateboarding Saved Me from Myself — Twice”

“Skateboarding Saved Me from Myself — Twice”

Charlie Brown had miserable luck with kites. Time and time again, the ‘Kite-Hating Tree’ got the better of him. And this was only the beginning of Charlie’s troubles with sporting endeavors. If he wasn’t missing the pitch at baseball, he was missing a kick during football. I relate to Charlie Brown quite a bit.

The other day, on an impromptu family day out, we took out a new kite for the first time. Hopes were flying high and we set out full of optimism but faced an unanticipated amount of wind. The kite ended up tangled, scraping the ground and I ended up like Charlie Brown, wrapped up in kite string and just as sad. The wind was a formidable opponent, but it was no match for the ensuing ADHD shame — a familiar emotion.

I don’t know if I have dyspraxia, but I have always been quite clumsy and struggled with coordination. Dyspraxia is caused by a disconnect between the signals the brain sends to coordinate the body’s muscles as they execute physical movements. It often exists alongside dyslexia, dyscalculia, or ADHD, which I have in spades. Lack of coordination is its calling card — and an everyday facet of life for as long as I can remember.

At school during physical education, we were learning to play squash and had to demonstrate skills learned to end the unit. I kept on missing the shuttlepot when attempting to serve. Each of my multiple failed attempts lasted longer than the last as other students began sniggering away in the background. The shame was chiseled in, and from that moment I did whatever I could to get out of physical education — turning up late and making up fake notes from my parents to avoid the humiliation.

The irony is that I actually really liked sports. I played basketball, tennis, and football on the weekends with friends. I did not realize it then, but those lovely endorphins helped my then-undiagnosed ADHD brain regulate my mood and elevate my focus.

Though I still play basketball, as a teen I began gravitating to outsider sports and culture. With skateboarding, I found a group of outsiders with whom I connected immediately. We were the phantoms of high school, wounded souls who found solace in each other’s company to escape trauma at home or school. I loved the thrill and rush from learning a trick and overcoming an obstacle. I fell a lot. I broke ribs and ankles, but I kept on getting back on the deck.

What skating gave me was a sense of belonging and confidence. Having to look down into the steep descent of the ramp and drop in meant having to face my fears and commit. Committing to the unknown in spite of possible consequences. This learning was aided by a community of beautiful broken men who shared my passion and pushed me to keep it up. The sounds of skateboards being slammed on the floor in respect and cheers after landing a backside heelflip on the flat ramp at my local skate park is a warm memory that burned through the loneliness I experienced for all the preceding years.

Skateboarding somehow fell to the wayside after I went to art college. Recently, though, I’ve been doing a lot of yoga and cycling but wanted to find another way to work through my medication burn off in the evening. Then my ears pricked to sounds outside that have lodged deep in me — I heard some kids skating in the parking lot and impulsively bought a skateboard. (Not all ADHD impulses are a bad thing!) Tentatively, I started rolling my way back to my first love.

I now realize that I love skateboarding even more in my 30s than I did 15 years ago. My head feels lighter, there is less trauma, as it’s being worked out through a mix of healthy attachments, therapy, and medication. Once again, I have such love for the craft and all of the mindfulness and joy that is involved when you skateboard.

There is so much room and flow now. If anything, I feel more brave and I connect things in a way I never did before, when my own ego and inner critic prevented me from truly enjoying the sport and being present with it. Just like school, it whispered to me in the shadows, “You will never be as good as him!” or “Why can’t you do this?” Now those whispers have no way in. When I am on the board, cruising away, my feet carry me close to my true being.

From strip to strip, we see zero emotional growth from Charlie Brown. We hope. We root. We dream for his success, as he is the underdog in all of us. But time and time again he is held back by his inner critic, and sometimes by the company he keeps. He may be stuck in a cycle of self-sabotage, but fortunately I am not. Maybe I’ll never learn to fly a kite, but that doesn’t mean I haven’t learned to soar far above my inner critic. 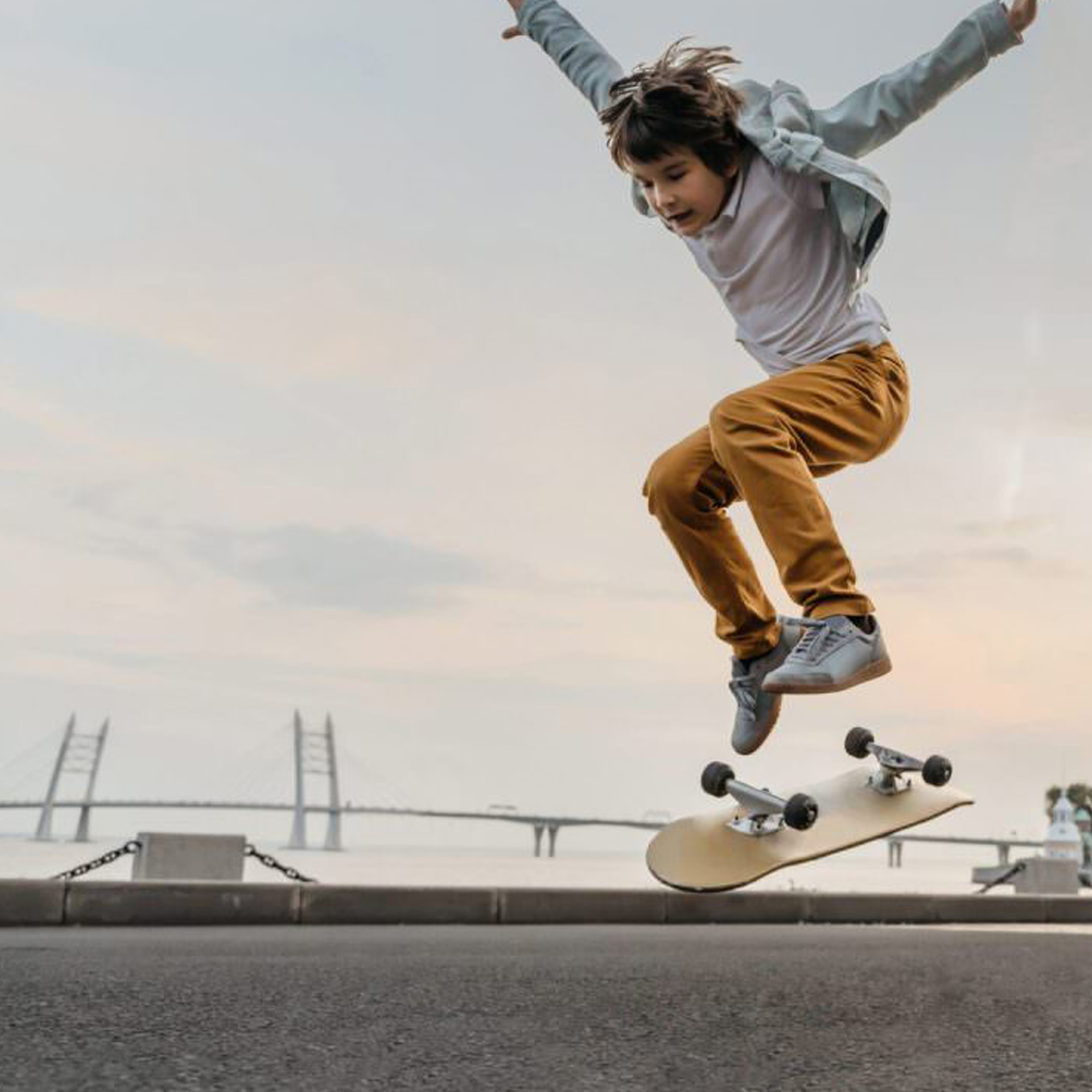