A photographic look at the golden era of skateboarding

A photographic look at the golden era of skateboarding

Pete Thompson is currently focusing his work and time on the moments that capture the essence of life.

However, and for two decades, he threw himself exclusively into skateboard photography.

The new publication released by Goff Books is a collection of images spanning from 1986 to 2004, which illustrates skateboarding's golden era.

Pete Thompson discovered skateboarding when he was 10, in a time when "it felt like the sort of thing that only the weird, hyperactive kids were into."

"It's easy to see why skateboarding has become so influential to culture on a global scale," notes Thompson.

"In fashion, art, and music because whether it's what we wear, how we talk, what music we listen to, the art we create, or just the way we push down the street."

"As a photographer for the last three decades, I see my time in skateboarding as the body from which my confidence and creativity to become an artist was sparked, and it's been an incredible journey, to say the least."

"'93 til" is a stunning ride down memory lane that brings us the black-and-white intensity of photography and the original, vibrant, and non-digital colors of the 35 mm film.

Thompson grew up admiring vert skaters, so there are plenty of pictures featuring members of this "secret society" getting ready and performing at the highest level in "sacred ceremonies."

A Cocktail of Nonconformity

The stunning 250-page hardcover coffee table book has samples of nearly all of skateboarding's greatest phases.

Every once in a while, the reader is invited to discover a few short stories and descriptions of events, memories, and unusual stories and anecdotes.

The shots were taken all over the world, but the sense of unity and uniformity within skateboarding is one of the most surprising feelings you'll experiece after flipping through the book.

Times have changed. Social media and the corporatization of skateboarding have dramatically altered the status quo.

The modern-day street skateboarder will be surprised by the limitations, challenges, and trends that helped create these timeless images fueled by an emerging hip hop culture.

They were closed in a box for a couple of decades, but now they've seen the light of day for the first time, and deserve to be appreciated.

The new book by Pete Thompson will surely become one of the best-selling and most influential skate publications of all time.

And, as a bonus, the photographer made sure to edit a short documentary about the sport's early days in Tampa, Florida. 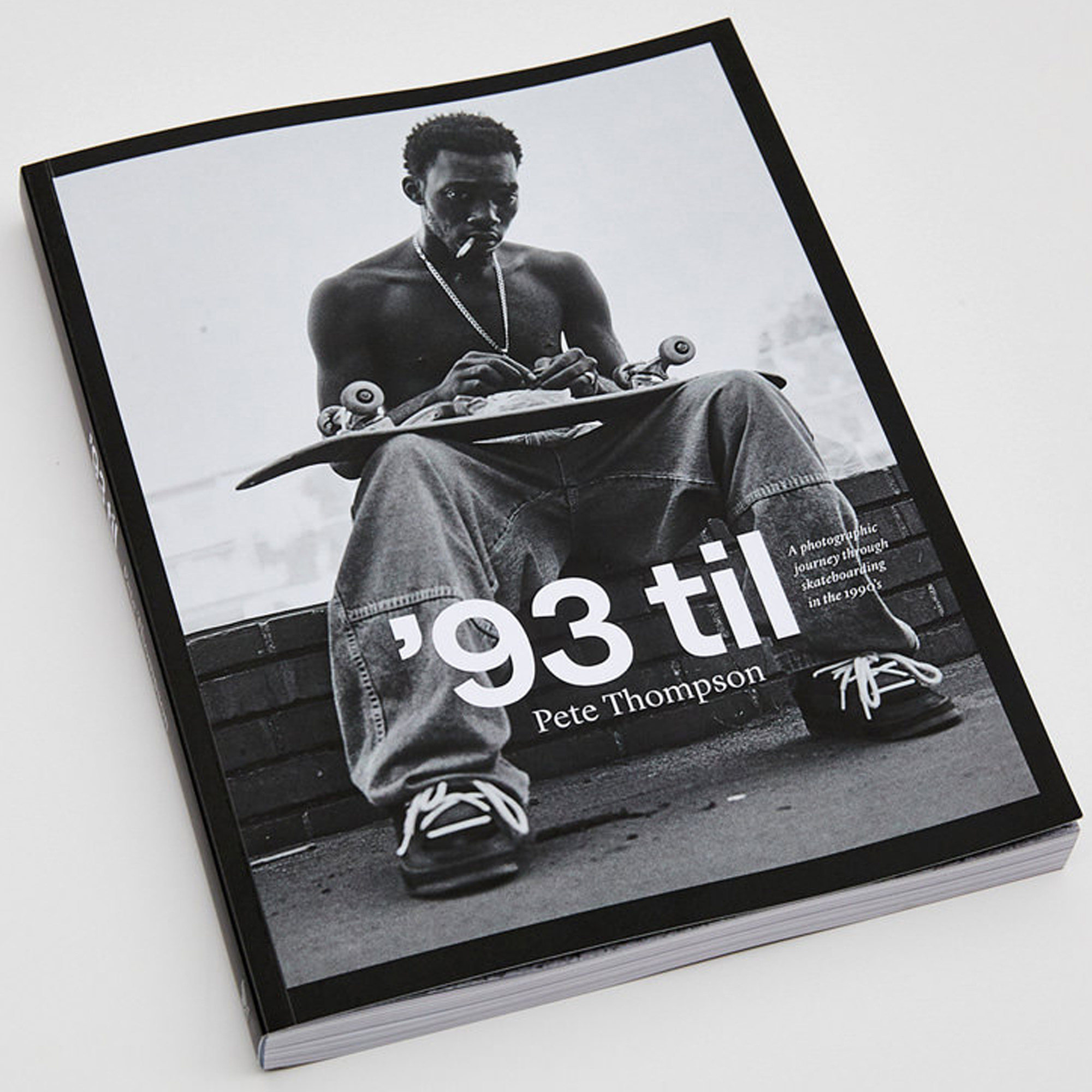