Growing up on the central Alberta plains, Joe Buffalo viewed his Samson Cree heritage as a source of pride: he could trace his bloodline, on his mother’s side, to Chief Poundmaker, a revered nineteenth-century Cree leader. At age eleven, he encountered a demoralizing reality of First Nations life. Like his parents and grandparents before him, he was shipped from his reserve to a residential school, one of many boarding institutions set up by the Canadian government to, as one early founder said, “kill the Indian in” indigenous children through Christian reëducation. First in Edmonton and then in Lebret, Saskatchewan, Buffalo endured stretches of up to a year away from his family and long days of assimilationist indoctrination. At night, he shared a living space with more than two hundred classmates stacked in bunk beds. He speaks about the experience in “Joe Buffalo,” a documentary short directed by Amar Chebib: “I could hear spirits in the walls from the dark history there. . . . It definitely fucked me up.”

Back home, Buffalo had picked up a hobby that became a crucial outlet—skateboarding. After ninth grade, he left residential schools and western Canada entirely and moved with his family to Ottawa. There, and later in Montreal, he got serious about skateboarding, competing in tournaments and thriving in the local skate community. By his late twenties, many of his peers were turning pro—they were signing deals with companies that would produce and sell board models bearing their names, a major rite in a skater’s career. But, when Buffalo attracted similar offers, he balked. His whole childhood, he’d been made to feel worthless, and now, as an adult, he doubted himself. “I didn’t think I deserved it,” he says in the film. He sabotaged himself in other ways, too. He drank heavily and developed a heroin addiction. He drifted across Canada and in and out of jail. He contemplated suicide. One summer, he overdosed three times.

In 2019, Chebib read an article about Buffalo in a local newspaper. The two had once spent a summer skating together in Montreal, in 2005, shortly after Chebib moved to Canada from Dubai for university. Until reading about it, Chebib had not known that his old acquaintance had attended residential schools. By then, the institutions were a regular part of Canadian discourse: in 2015, the country’s Truth and Reconciliation Commission released a report condemning the program, in which thousands of children disappeared or died, as “cultural genocide.” As recently as this year, unmarked graves have been found on former school grounds; their discovery has sparked a renewed awareness of this violent and shameful part of North American history. Chebib followed the discussion around residential schools, and noticed that they were too often presented as atrocities from a distant past, when, in fact, they operated into the nineteen-nineties. In Buffalo’s story, Chebib saw a chance to remind the public that the schools’ effects are “very much a living part of the fabric of our society,” he told me. And, in Buffalo’s skateboarding, Chebib saw the opportunity to reach a younger audience that might not engage with a more traditional documentary on the subject.

When the two reconnected in Vancouver, where both now live, Buffalo was in his second year of sobriety. In addition to getting clean, he was also finally confronting the series of traumas that had steered him down a wayward path. He agreed to embark on a documentary project with Chebib, who welcomed Buffalo as not only the film’s subject but also his collaborator. “It was really important to me,” Chebib said, “as someone who’s not indigenous and hasn’t had this same life experience, to make sure there was some equity.”

Buffalo spent hours at Chebib’s kitchen table, sitting in front of an audio recorder, recounting his experiences. The sessions, which the pair later refined into the partly scripted monologue that runs through the film, were draining. “I would be overwhelmed to the point where I’d be crying,” Buffalo told me. But telling his story in this way was also cathartic. “I’d be so angry, but I’d be happy. That’s how fresh I was into it all. It’s not as easy as it seems.” The process was difficult, but it proved to be vital. The film shows Buffalo grappling with history that is both personal and generational. “It was part of my healing,” Buffalo said. “To be able to repeat these stories and gather strength with it—I’m rebuilding my spirit entirely.” 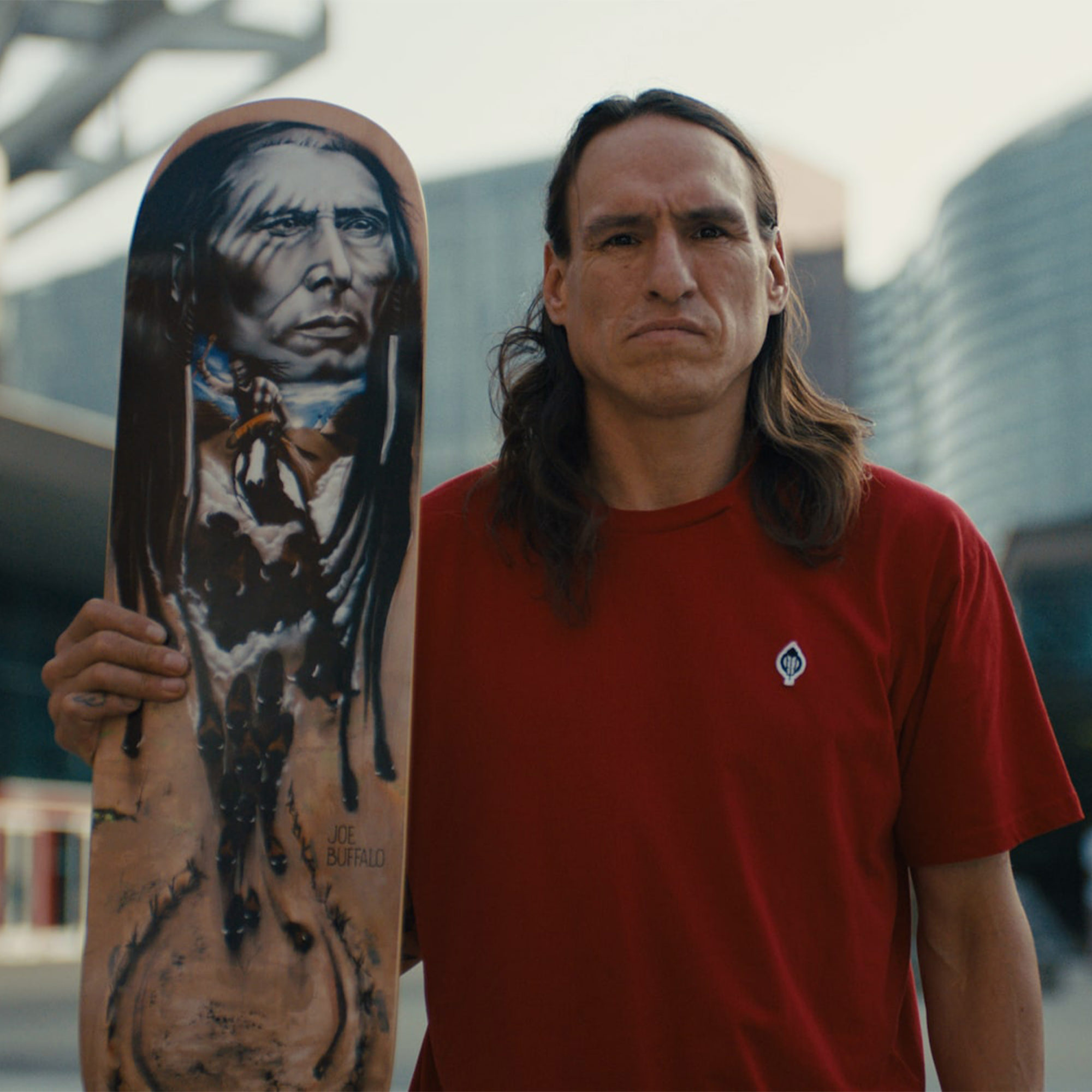