Heimana Reynolds has believed that skateboarding is a legitimate sport from the time he was a little kid. Thereĺs even video footage of a precocious 10-year-old Reynolds telling his local news station that he wanted to go to the Olympics years before his sport was even considered for inclusion in the Games.

He knows, however, that not everyone holds the same opinion of the sport often associated with teenage rebellion and counter-culture youth.

ôI went to Qatar a few months back for a contest, won the contest and on the way back through LAX we had our USA backpacks and I was with a Team USA manager and another skater who was at the contest,ö he said of the World Beach Games in October 2019. ôWe had our Team USA hats and backpacks and this older couple was like, ĹOh, Team USA, thatĺs cool, what sport do you play? Volleyball?ĺ and we were like, ĹNo, we skateboard.ĺ They were like, ĹSkateboarding? Thatĺs a sport?ĺ and then they had the audacity to say, ĹOh our son used to skateboard but he grew up and heĺs a lawyer now.ĺ It just reminded me what the general population knows about skateboarding.ö

Reynolds, the 22-year-old Hawaii native who aims to represent the U.S. in park skateboarding at Olympic Games Tokyo 2021, hopes that will change once his sport is displayed on the biggest stage in the world.

ôI think being in the Olympics is going to be one of the best things for the sport,ö he said. ôFor the sport to be on this level itĺs going to open everyoneĺs eyes to the beauty of skateboarding. This isnĺt just for the drug-headed kids who want to hang out and vandalize places. This is what we do; we train hard and work as hard as any other athlete. I skate six to eight hours a day, after waking up and working out at 6 a.m. This is what I do, and I want people to see this as a sport and for parents to want their kids to do this.ö

Reynoldsĺ parents were crucial to his starting the sport in his native Hawaii just prior to his seventh birthday. His father is an avid surfer and had his young son in the water initially, but Reynolds wasnĺt a big fan of cold, windy days and changing conditions.

Skateboarding, however, was a different story.

ôI just fell in love with it,ö Reynolds said. ôI asked to go every day after school, before school and all weekend. This was what I wanted to do.ö

Within a year heĺd entered his first competition. It was a team challenge, Reynolds said, and it wasnĺt quite something he had planned to do.

ôI went to the park and there was this contest there, so I was skating around and a couple kids my age were like, ĹHey, want to be on our team for this contest?ĺö he said. ôI was like, ĹBro, Iĺm not that good,ĺ and they were like, ĹNo, we just need another member.ĺ So I said alright. It was fun. We still talk about it to this day.ö

His first real contest came a year later in California. He entered the beginner category in three categories and won all three.

ôI was like, ĹWhoa, this is sick being on top of the podium and getting prizes,ö he said. ôI mean, Iĺm 8 years old and I remember thinking this is awesome, this is so much fun.ö

Reynolds would experience that feeling many more times over the years, but when the first USA Skateboarding national team was announced in March 2019, Reynolds wasnĺt included despite winning a silver medal at the world championships in 2018.

ôOriginally I was a little bummed out about it, just kind of wondering why I wasnĺt on it, you know?ö he said. ôI was like, ĹWhat the heck is going on?ĺ But I knew I couldnĺt do anything about it at the time. I couldnĺt say anything to change their minds, so what I did was I just went to the drawing board and was like, ĹI deserve to be on the team and Iĺm going to show them. Thereĺs not going to be a single question the next time they announce the team. No question, Iĺm going to be on it.ĺö

A new national team was announced a month later following the national championships, and this time Reynolds was the headliner.

ôThis is my life,ö he said. ôI look at people like Tony Hawk and heĺs, what, 50? And heĺs still progressing the sport, still learning new tricks, still doing videos. Itĺs still his life and his career. Thatĺs all I want is to be skating when Iĺm older and still have my name out there, still doing stuff, still innovating.ö

When heĺs not skating, some of Reynoldsĺ hobbies include solving Rubikĺs Cubes Ś ôMy average is a little under a minute but iĺve done it in 40 seconds,ö he said Ś and old-school film photography. He takes a camera everywhere he goes, he said, and takes photos of scenery and people so heĺll have plenty to look back on later in life.

Come this time next year, he could have a whole new batch of photos that would no doubt find their way into frames. Letting his mind wander to what it might be like to not only go to the Olympics but also medal, he said, gives him goosebumps.

ôOh my God, to be a part of the Olympics and be in the Olympics is one thing, and thatĺs frigging amazing,ö he said. ôTo be on a podium with a medal from the Olympics? Thatĺd be amazing. That would just be a dream come true, honestly. Iĺm getting kind of worked up thinking about it.ö 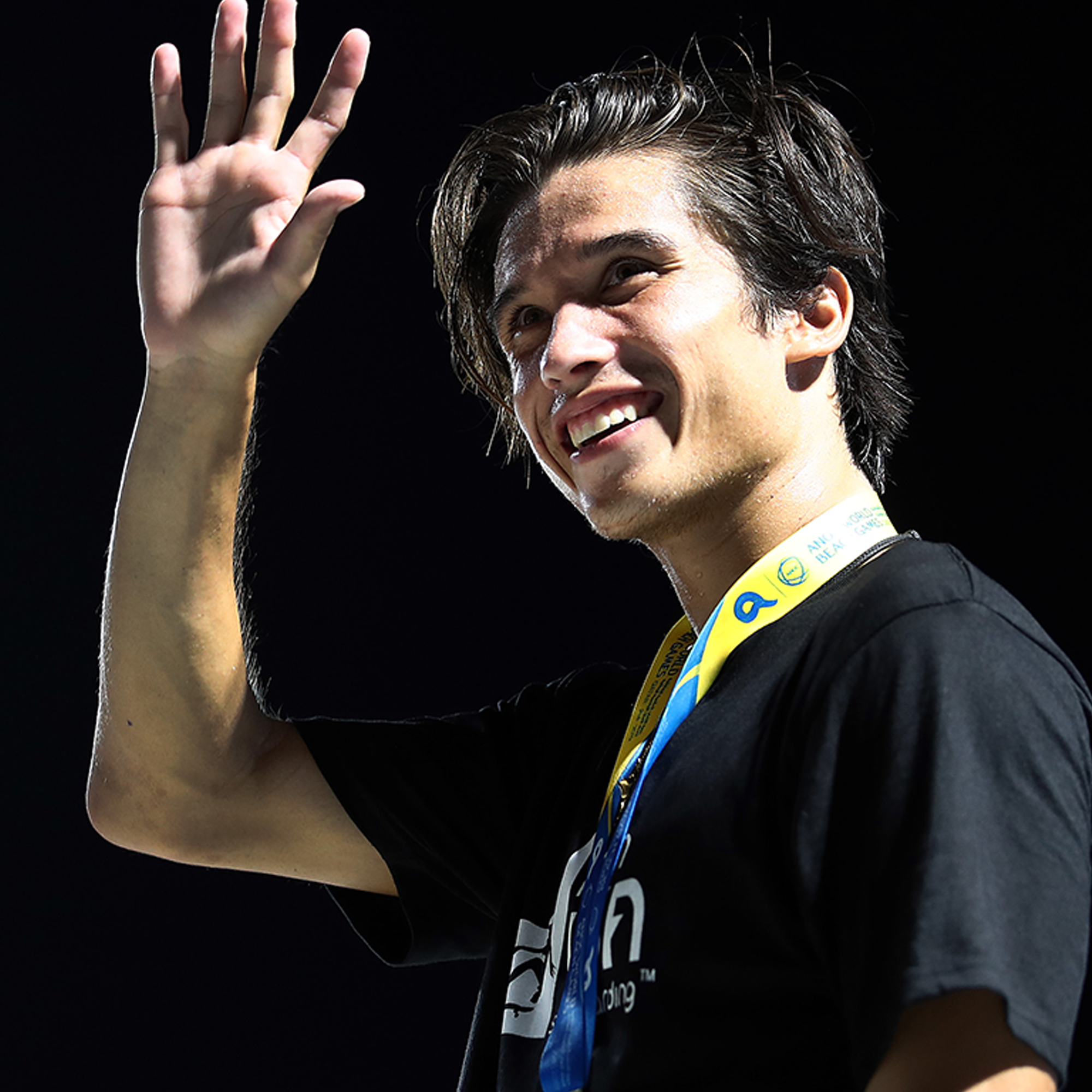