The game allowed you to collect money, buy skate gear, and cruise around in a closed environment or neighborhood.

As a skateboarder, your challenge is to perform tricks and jumps and gain enough points to ride at a skatepark.

It was presented as "the ultimate aerial experience," offering "superior graphics and animation for more player involvement."

The developers marketed it as a "realistic skateboard action" that lets players attempt "daring maneuvers."

Players had to select where they wanted to skate, "making each game a different experience."

The "add-a-coin" feature would extend the player's action.

The game's official world record score is 527,100 points, and it was achieved by Ron Perelman on June 17, 1987, at Camelot Arcade in Anaheim, California.

By definition, 720ş is one of those maneuvers that can only be landed by the best - doing a full 720-degree aerial spin is not for everyone.

In the "720ş" game, you'll be able to attempt to perform it getting injured.

The goal is to earn the right to compete in all the skateparks of the city and ultimately win the world skateboarding champion title.

The action starts with the player in the middle of Skate City, a dream urban area where all surfaces are skateable.

As the action unfolds, the player performs skillful skate maneuvers that will earn him tickets to enter the skateparks, where he competes against the clock for gold, silver, and bronze medals.

If the player qualifies for a medal, he or she will be awarded cash prizes. After the skatepark contest, freestyle action continues back in the city.

You'll meet numerous hazards and obstacles - street traffic, BMX riders, skater gangs, and Frisbee throwers - and the skater has limited time to get another skatepark.

Players can use their prize money to buy skating gear from various skate shops located throughout Skate City.

A skateboard will give the player faster speed, while helmets allow you to take more risk while trying to land tricks successfully.

On the other hand, pads enable faster recovery from falls, and skate shoes will increase a jump's height and speed up the start.

"720ş" has a 25" monitor and 8" speakers, highlighting the music, speech, and sound effects, and making the player feel like he's right there skating in the real world.

The player controls a skateboarder in Skate City.

Play begins by selecting either beginner or experienced difficulty, then moves to the first Skate City session.

By jumping and spinning over obstacles, our skater earns points which award park tickets at specific intervals.

The player can earn as many points as possible until a timer expires, at which time an angry swarm of bees arrive and kill the skateboarder.

To avoid the bees, the player must spend one ticket to enter one of four skate parks.

In either the ramp, downhill, jump, or slalom park, the player must complete stunts to earn a bronze, silver, or gold medal.

Each metal comes with a certain amount of cash, which can be used in skate city to buy equipment upgrades to increase the skater's performance.

A complete game consists of four rounds of each of the four parks and a 30-second session in Skate City in between each park visit.

After completing the 16th park, the player's money is converted into points - 10 points per $1 - and the game ends.

It is now being sold as a retro/vintage item with prices ranging from $500 to $2,000, depending on the condition of the coin-operated entertainment machine.

There was also a cabinet with the Atari game inside High Voltage Tattoo Shop during the shooting of the reality show "LA Ink."

"720ş" was such an iconic classic title that there's even a website devoted to the game.

At 720zone.com, you'll find advanced tactics, a list of the game's bugs and glitches, art and spare parts, high scores, the operator's manual, music and sounds, and arcade restoration tips. 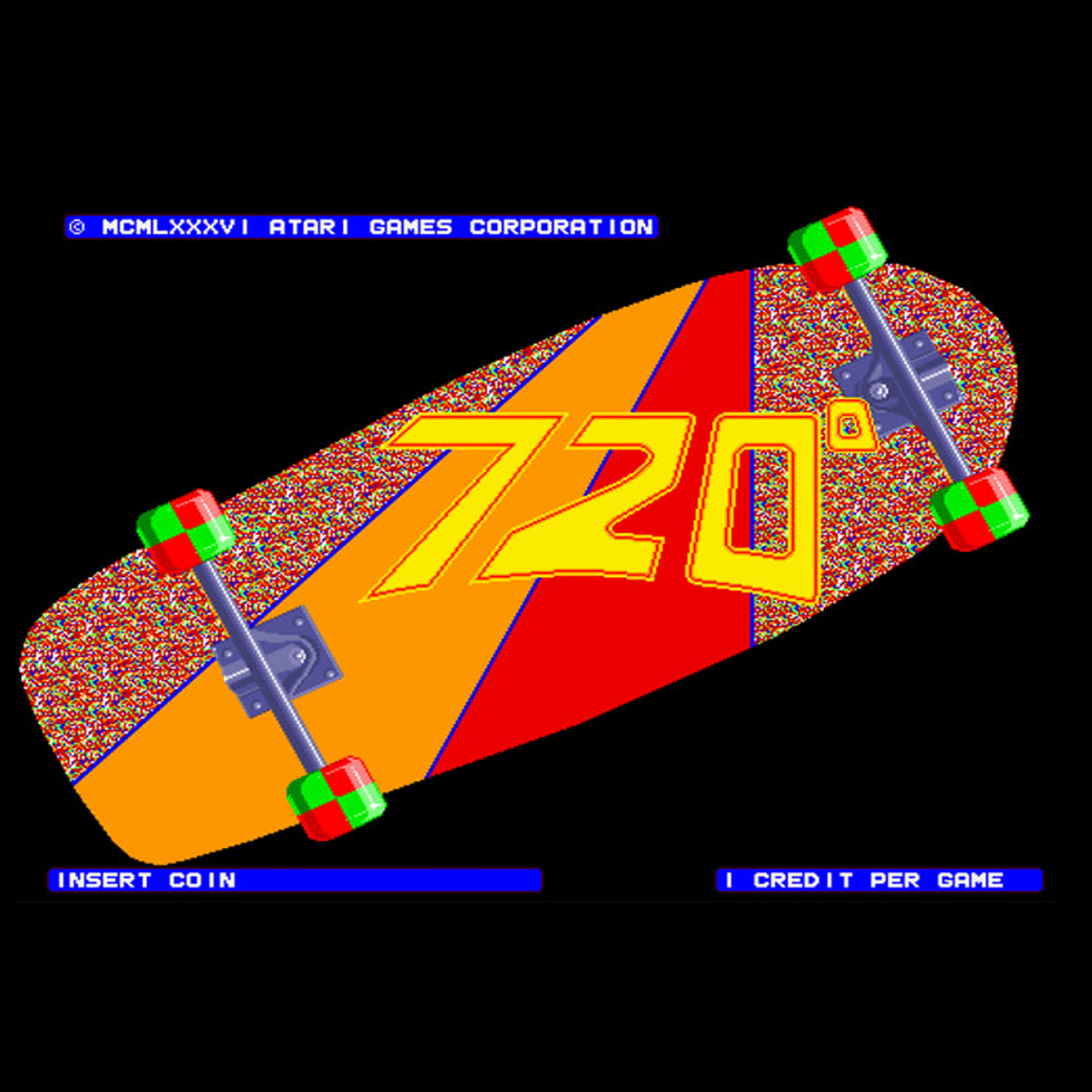