5 of the best cities for a skateboard trip

5 of the best cities for a skateboard trip

ThereÆs nothing better than gathering your skate crew, packing up the van and hitting the open road. Skateboarding is synonymous with exploration, and traveling to new, unexplored environments is an essential part of the sport.

While there are a number of amazing skateparks scattered throughout the United States, for many skateboarders, hitting an urban metropolis still tops the list when it comes to a skateboarding trip. And with street skating not going anywhere anytime soon, there are plenty of landmark destinations for todayÆs street skater.

If you and your crew are hitting the road this summer, check out these epic cities. TheyÆre packed with skateable features, a healthy skate community and plenty of options for when your legs are sore and the weather isnÆt cooperating.

NYC seems to go through phases, and the five boroughs are hot right now. This is due in part to the Supreme team and the creative magic of master lensman Bill Strobeck. After Supreme released ōCherry,ö featuring the Supreme crew taking apart legendary and new spots across the city, a whole new generation of skateboarders started making the pilgrimage to New York.

New York City is a great place to be a traveling skateboarder, as you can skate and take trains to almost every spot, and when youÆre not skating, the city hosts the best culture, food and entertainment in the U.S. So skate the Black Hubba, eat some world-class grub, hit an art opening and end the night at Max Fish.

SF could easily be considered the epicenter of modern skateboarding. A number of professional skateboarders, brands and the almighty ōThrasherö all call the Bay Area home. While there have been a number of parks built in San Francisco over the last couple of years, no trip to SF is considered complete without putting it down in the streets.

Hit legendary spots like 3rd & Army, the 3 Up 3 Down, China Banks and any truck-rattling, nerve-shaking hill in the city. San Francisco is another place jam-packed full of amazing culture and tasty food, so enjoy all it has to offer even when you arenÆt skating.

The skate scene in Seattle is amazing, and the Emerald City has bred some incredible talent recently, including everyoneÆs favorite sandal-clad madman, Cory Kennedy. Seattle is best visited during the summer months (the winter can be annoyingly wet), since once the sun is shining, Seattle is all-time.

There are a plethora of well-known street spots, including the Garfield Banks, Red Square and Westlake Center, and there is a lot left to be discovered throughout Downtown, SODO and the International District. Hit up 35th North to get the lowdown, and if you tear through all the Seattle spots, head three hours north to Vancouver or south to Portland for even more skating.

While many skateboarders have a love-hate relationship with the City of Angels, there is no denying that it is a must for every traveling skateboarder at some point in their life. Los Angeles does require transportation, so either rent a car or make it a stop on your next road trip, but donÆt count on skating or taking public transit to spots.

Downtown has had a bit of a revitalization in the last five years, and there are cool places to stay and eat with quick access to famous spots, from the well-known school yards to Hollywood High and everything in between. You might see a movie star or your favorite skater, but regardless, youÆll definitely see plenty of legendary skate spots.

When a major metropolitan area falls into economic despair, itÆs bad news for the residents, but it can offer up new opportunities for skateboarders. With lax security and plenty of street spots on tap, Detroit has become a sought-after destination for traveling pros and everyday skaters alike. Detroit is not only a great city to skateboard in, but also has a dynamic art and music scene, which will make for epic nights out on the town.

If youÆre doing a Midwest tour this summer, donÆt skip Detroit. The scene is all-time. 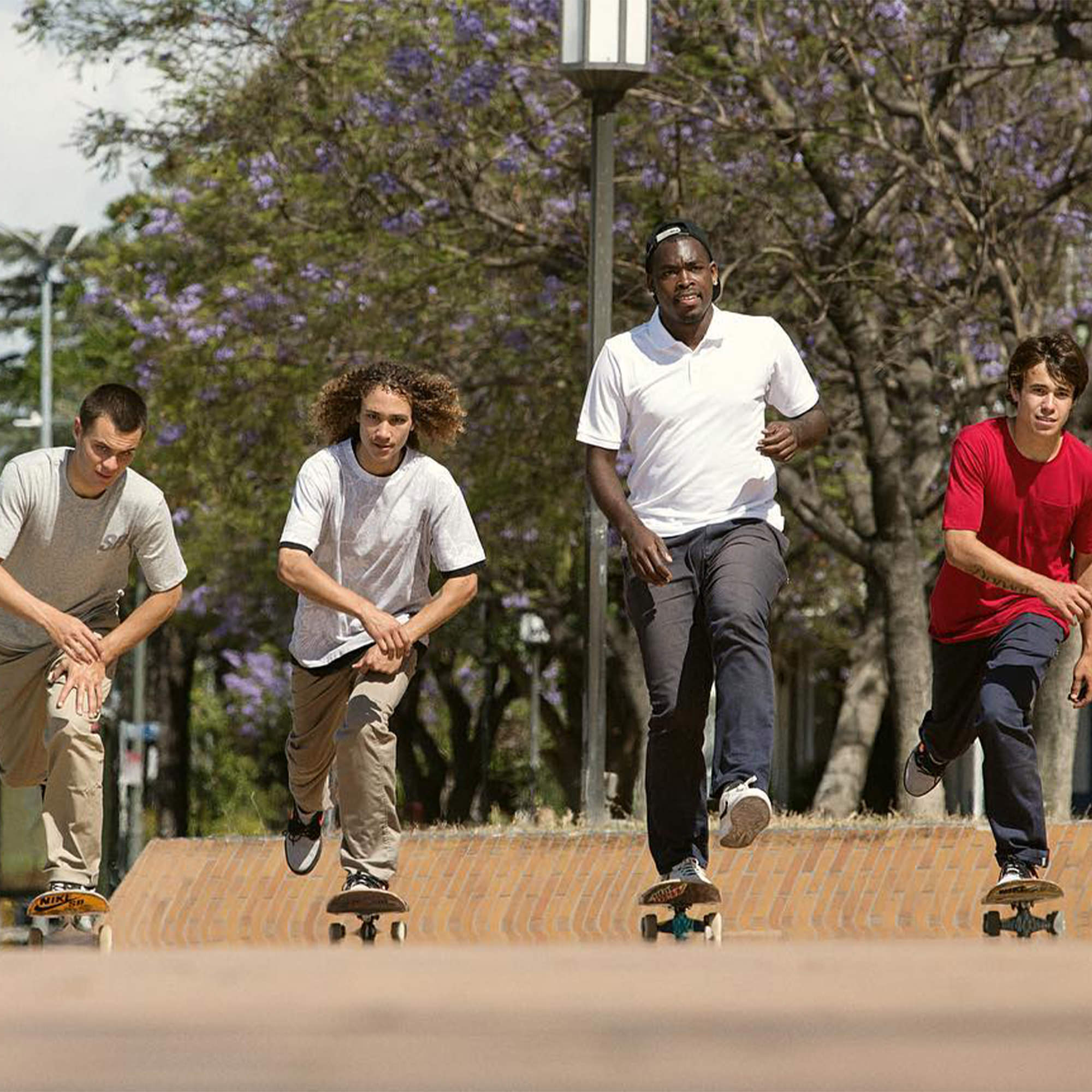