In Go Skateboarding Day Initiative With Tony Hawk, Vans Will Donate Portion Of All Custom Shoe Sales To Skateistan

In Go Skateboarding Day Initiative With Tony Hawk, Vans Will Donate Portion Of All Custom Shoe Sales To Skateistan

With its Olympic debut at the Tokyo Games on the horizon, skateboarding is about to enter the mainstream like never before. But before Olympic skateboarding events are broadcast in more than 200 countries around the world, Vans and international non-profit Skateistan want to celebrate the sport’s roots and core culture, which are immutable—even in the face of event as massive as the Olympics.

The campaign—“No Matter How Big Skateboarding Gets, Never Forget Where it Starts”—is meant to harken back to the sport’s humble origins in community streets, skateparks and backyard pools.

Starting on June 21—Go Skateboarding Day—through August 30, Vans will donate $10 from every pair of Vans Skate Customs sold up to $200,000 to Skateistan, whose mission is to give children the opportunity to become leaders for a better world by combining skateboarding with creative, arts-based education.

Fans can create their own Vans Skate Customs as part of the campaign and can also donate at Vans.com/skateistan and Vans.com/customs.

Vans team skateboarders Lizzie Armanto, Yann Horowitz and Pedro Barros have developed their own Vans Customs designs as part of the campaign. Fans can purchase their designs, which retail for $95, or make a shoe that’s entirely their own; either way, they’ll be supporting Skateistan’s mission.

Hawk serves on the board of Skateistan and his Tony Hawk Foundation—now The Skatepark Project—approved a multi-year grant to Skateistan in 2014 to support skateboarding outside of the U.S.

As of 2021, Skateistan has taught and educated more than 13,000 children through its programs and graduated more than 1,000 out-of-school children in Afghanistan from Skateistan’s Back-to-School program to later enroll in formal education.

Though Skateistan’s mission is to make skateboarding accessible to all children around the globe, the organization has a specific focus on girls, children from low-income backgrounds and children living with disabilities that represent more than 20 ethnicities and nationalities.

Skateistan founder Oliver Percovich, an Australian skateboarder and researcher, arrived in Afghanistan in 2007. He had brought with him three skateboards, which he lent out to Afghan teenagers while he worked during the day. Percovich was struck by how skateboarding could bring together youth from all demographics and socioeconomic backgrounds, and began realizing it could be a tool to effect social change.

Hawk first learned about Percovich’s efforts in 2009 and was “blown away” by what he was doing “without much support,” he told me. Eventually, Hawk and Percovich connected through mutual friends, and Hawk offered his help to the organization in any capacity.

“Skateistan is not only spreading awareness of the benefits of skateboarding through education and skatepark facilities—especially in challenged areas—but they are giving many kids a community to help support them,” Hawk said. “Skateistan and Vans have created a very special community by creating safe, quality spaces for kids to learn to skate and share ideas.”

Skateistan operates five programs within its skate schools for children aged 5-17: Outreach, Dropping In, Skate and Create, Back to School and Youth Leadership. “We can teach children things they’re not learning in the classroom,” Percovich said. “That means we can help them to develop skills which are relevant for the rest of their lives and this means they are better positioned to become role models and future leaders in their own communities.”

The non-profit works to increase accessibility in its programs by employing female educators and female leadership at its skate schools, which can help convince parents in the community to send their daughters there.

“Skateboarding can be a wonderfully inclusive community. A lot of skaters feel that they’re united by their love of skateboarding and that overcomes a lot of barriers, which is awesome,” Percovich said.

“I certainly found that children of all backgrounds, genders and ethnicities were coming together to skate in the very early days in Kabul; that’s what made me believe that Skateistan as a project had a lot of potential. But when we look at skateboarding globally, we can see the same patterns that we see in many aspects of life. Girls, people with disabilities and people of colour are underrepresented. That’s changing and we love to see that, but we still have a way to go.”

Armanto, 28, who lives in California but will represent Finland at the Tokyo Games, has been in the sport long enough to see the ways in which women have earned more equitable treatment.

Once skateboarding was announced as part of the Tokyo program in 2016, with an equal number of men and women to compete in the events, the infrastructure supporting female skaters around the world exploded.

Now, Armanto is the veteran; there are girls as young as 12 who will be competing in Tokyo.

“The Olympics is going to introduce skateboarding to so many people around the globe that maybe have never seen it before, and hopefully inspire them to try,” Armanto said.

“Maybe the exposure will bring new styles of skateboarding down the line as more and more countries, cultures, and different people get into it. I also hope that it leads to more initiatives like Skateistan, to provide platforms and break the mold for underserved communities by creating more safe skate spaces that allow kids to grow and empower themselves, learn to be tough and to be brave, things that they may have not been allowed to do with other activities.”

In the lead-up to the Olympics, World Skate, the governing body for roller sports, sanctioned park and street contests that would serve as official Olympic qualifiers. The high level of competition led to massive progression in the sport, especially on the women’s side.

But as part of its campaign with Skateistan, Vans hopes anyone who loves skateboarding can set the competitive element aside for a moment and appreciate the community that built it.

“As skateboarding gets its largest media attention in history, the focus will mainly feature competition—but Vans and Skateistan want to raise awareness on the importance of supporting skateboarding’s development at the community level,” said Vans global director of action sports Bobby Gascon.

“Unlike traditional sports where athletes are supported with scholarships and various government programs, skateboarding requires support at ground zero.”

There’s a now-famous photograph of Hawk wearing Vans slip-ons while skating the Sanoland ditch in Cardiff, California, in 1983; in 2020, he recreated that photo as he signed on to become the brand’s ambassador.

It’s a relationship that has come full-circle for Hawk, and when he joined Vans last year, the campaign with Skateistan is exactly the kind of initiative he was hoping to team up on.“Vans is a brand I trust deeply and truly represents the core tenets of the skateboarding as a positive, healthy activity for people of all types,” Hawk said. “I’ve been a fan of Vans since I got my first pair in 1978, so to work with them on an initiative that is close to my heart while advocating for the skateboard community is most rewarding.”

Hawk had some advice that’s applicable to a kid who may just be picking up a skateboard for the first time this summer all the way to Armanto (who has long trained with Hawk at his Southern California halfpipe), Barros and the other skateboarders around the world who have qualified for the Tokyo games.

“I’d encourage people to skate many different terrains and explore tricks that are out of your comfort zone as you get more confident in your skills, and approach a competition run with the relaxation and confidence of a practice run,” Hawk said.

After all, whether you’re skating the park course in the first-ever Olympic skateboarding event or skating the streets of your hometown with your friends anywhere in the world, skateboarding, at the end of the day, is for everyone. 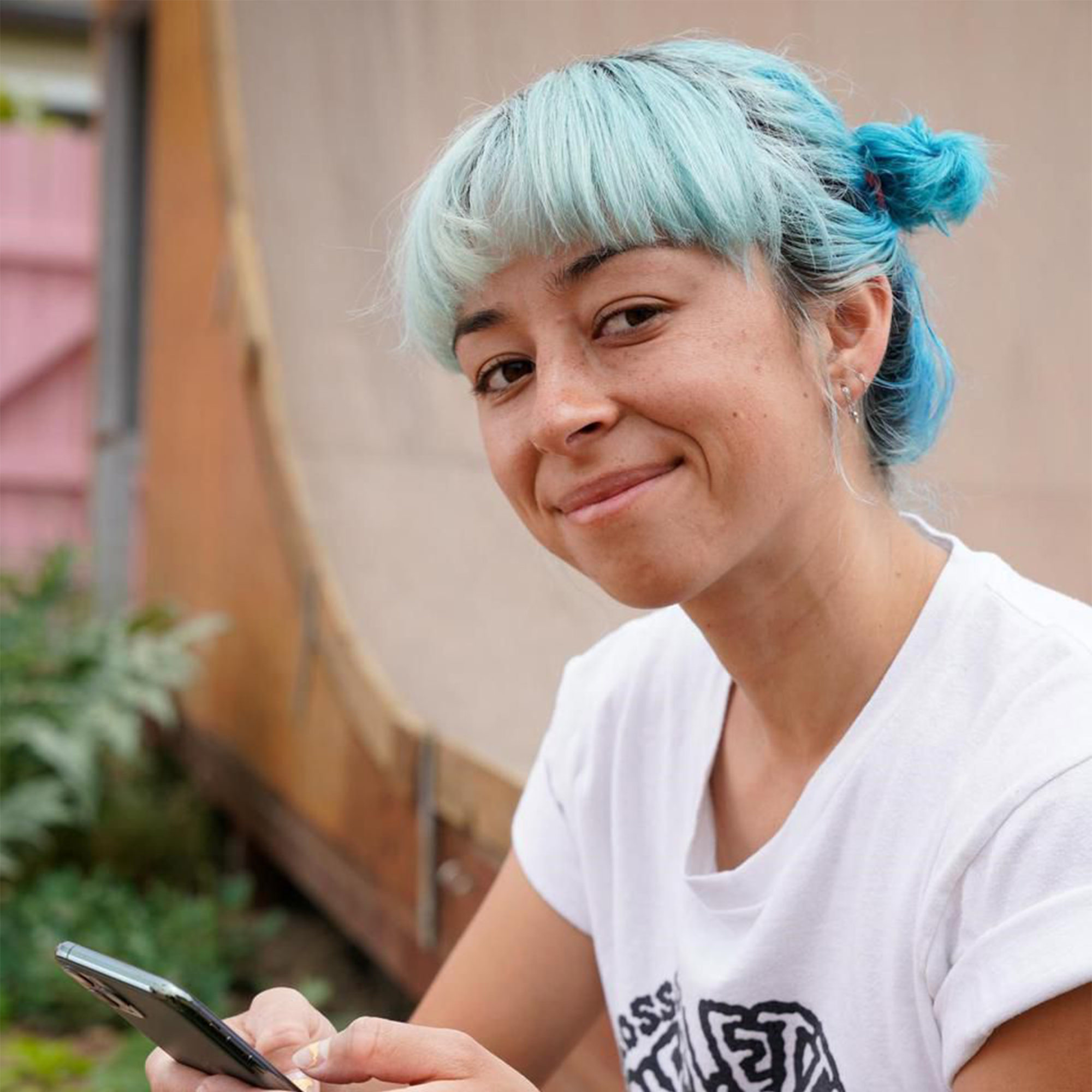